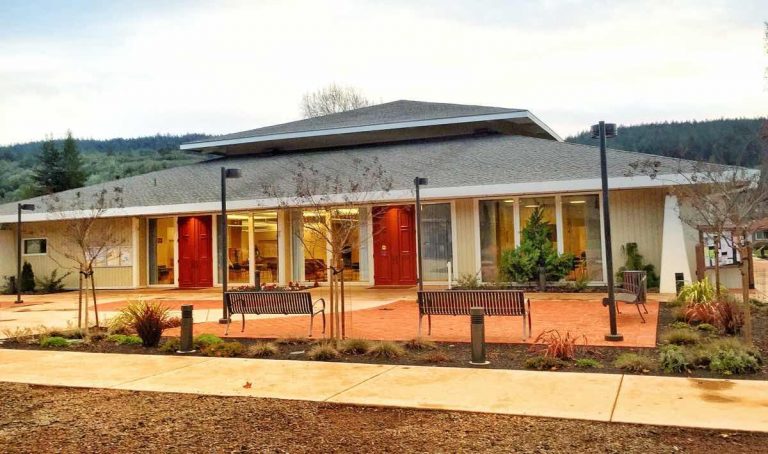 Whether by design or encouraged by the city of Santa Rosa, H.N. Berger, a successful Southern California entrepreneur, planned and built Oakmont to attract buyers hailing from a variety of financial backgrounds. 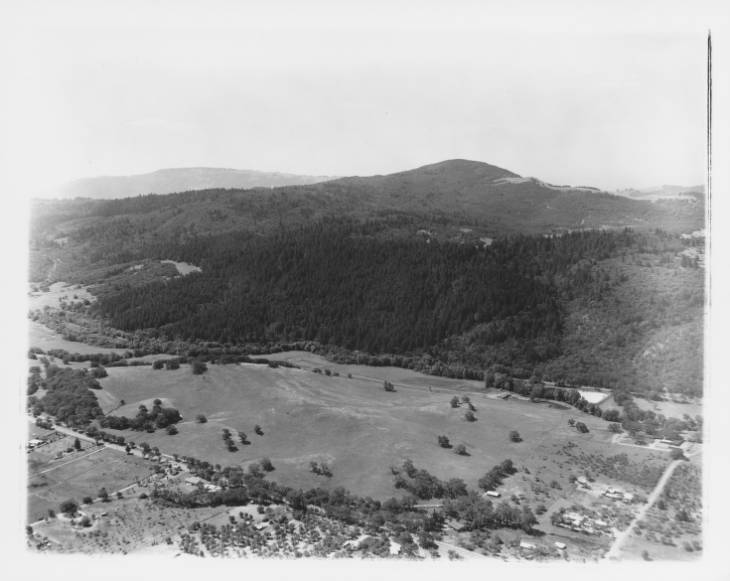 To this end, he built single family homes, as well as duplexes, triplexes and fourplexes. He even contemplated, but later abandoned, the construction of apartment houses.

Oakmont located in the world renowned Valley of the Moon has thrived and prospered during the ensuing 57 years. Today the village counts 3200 households and approximately 4800 residents.

After more than half a century, the march of time necessitated repairs and adjustments, and newly bought residences saw the remodeling and rejuvenation of the local housing stock.

Predictably, the public buildings followed the imperative for improvement. The West and the East Rec Centers were, therefore, successfully refurbished during the last few years. 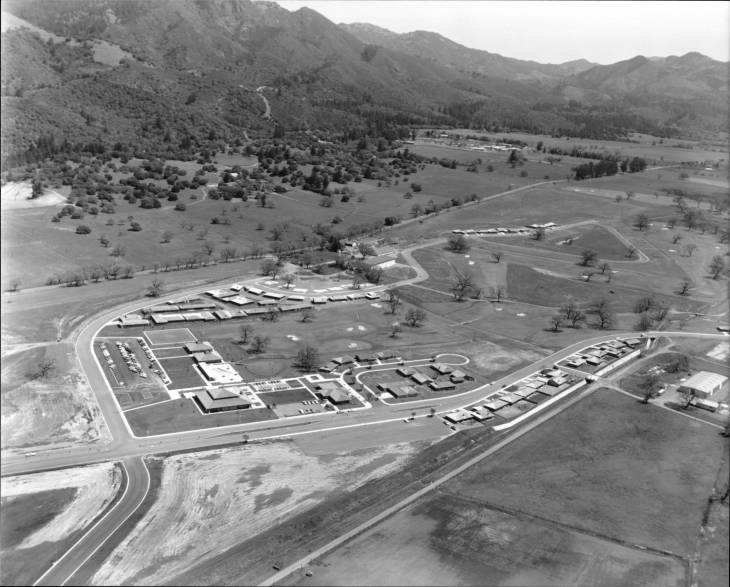 Remaining to be redeveloped is Oakmont’s downtown, consisting of its principal hall, the Berger Center and the Community Activity Center, the so-called CAC.

Over the course of four years (2013-2017) board appointed committee after committee were initiated to address the projects, and to formulate ways and means to achieve the changes.

Foremost loomed the fate of the Berger Center. Was it to be torn down, rehabilitated and/or combined with the construction of a new hall – Berger II?

In 2015 a comprehensive and community-wide survey, Voices of Oakmont, established that 63 percent of residents favored solely the rehabilitation of the Berger Center.

In February 2018 the then board voted on a remodel for the Berger Center at a cost of $3.6 million, avoiding the costly need for creating additional parking. Former director, Karen Oswald, recently described the board’s decision with her fine ‘Guest Editorial’ in the Kenwood Press and recent comments here on the Observer. 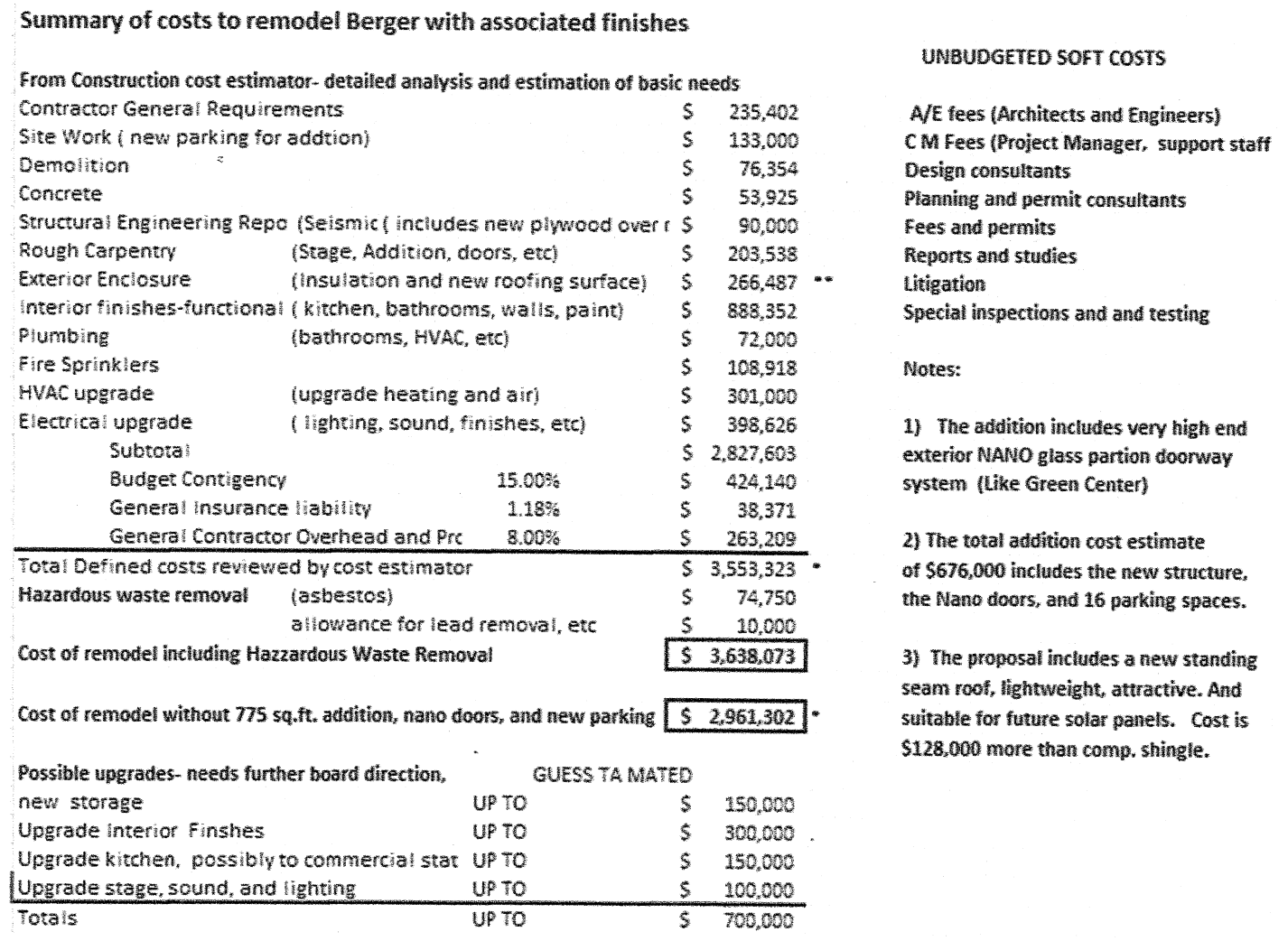 Thus combined brings us to the year 2020, a pivotal time for our community. The new board has decided on a markedly expanded direction, namely exploring and planning the redevelopment of the entire Central Oakmont site – including the construction of a new and second Berger.

With a $30,000 retainer the architectural firm of long standing to Oakmont, ArchiLogix, has been tasked to provide site and preliminary plans for the core area of the village.

The price tag for remodeling the Berger center, the construction of a new building, the enlargement of the CAC and the necessary re-configuration of the parking lot, cannot be inexpensive. 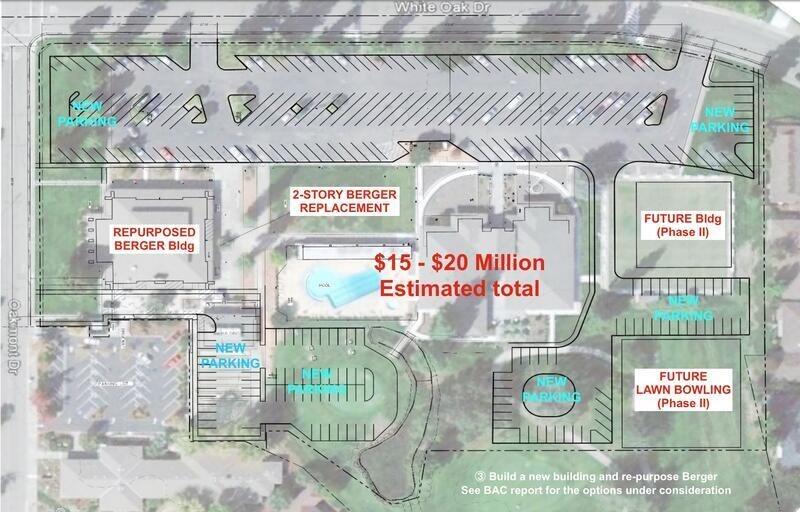 Numbers in the vicinity of $10 to $15 million have been mentioned; but history has taught us that preliminary figures are ephemeral. The near doubling of costs for both the East and West Centers rendered that point very clearly.

As was the case with pickle ball and the golf courses, the community is, once again, divided by opposing opinions. On one hand are the occupants of million dollar homes and on the other those on strict retirement budgets, living in the multiplexes and smaller homes. As of now, fees and dues – set uniformly – amount in some cases to close to $500 per month for a retired couple living in a sub-HOA.

A prevailing view holding that Oakmont, due to market pressure, has become a wealthy enclave, must be countered by the fact that a substantial number of residents live in what has to be considered a middle class 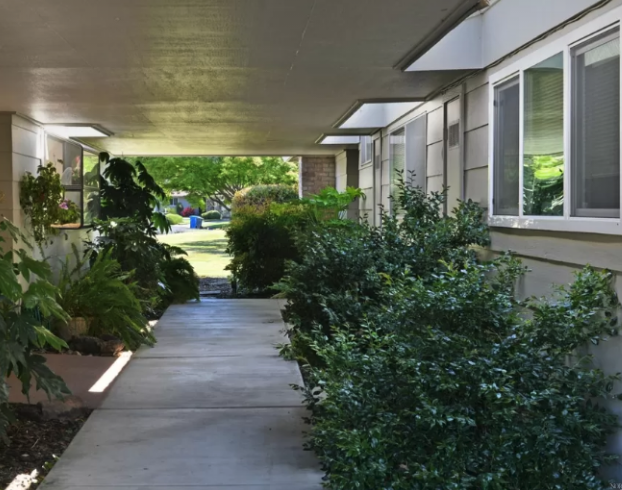 environment by Valley of the Moon standards. What is of little financial consequence to some people, represents a burden to other neighbors.

H.N. Berger had the vision of a village consisting of residents from all walks of life. And as such they came and bought properties in his development. Could he possibly have imagined that his democratic vision in 1963 would create hurtful interpersonal and communal tensions, culminating in the year 2020?