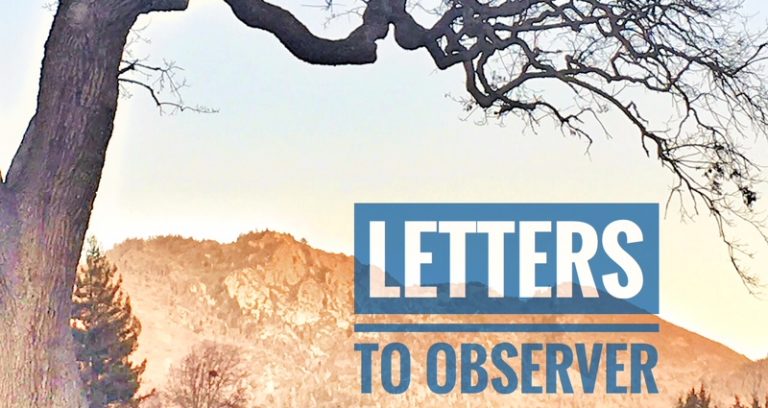 “We negotiate to satisfy our interests. Interests are our needs and wants. They underlie our hopes and fears and protect our core principles”.

Don McPherson’s explanation of the BATNA approach for negotiations provides a concise process to help solve the complex and difficult agreements that almost every community HOA organization faces.  BATNA (Best Alternative To a Negotiated Agreement) may seem to be a complex format, but it is one that can bring alternative perspectives to a community in conflict; and, the OVA BOD is currently in conflict with its membership.

Three important decisions will be made by the BOD by the end of 2020.

All three could benefit from a best alternative to a negotiated agreement in order to accomplish realistic positive outcomes.

Many years ago, I learned a major lesson about the economics and infrastructures of a sport that I enjoyed playing vs the realities of the actual business as an investment. That is, the actual business side of the hospitality venture was much less fun as an owner than it was as a participant.  Trying to combine a service business such as the OVA with a totally different one (golf and resturaunt) requires direct knowledge of the new venture as well as some intense negotiations among all parties. Those parties include the Oakmont membership whose BOD has left them out of the conversation. The BOD should be the “voice” of the membership. Instead, the OVA BOD has become reluctant to share basic financial and operational information under the cover of NDAs and other legal doublespeak. Hiring an expert to negotiate the AGP deal did not provide a suitable positive result. Using the BATNA format to select a golf and restaurant management company would at least be a good start.

I sincerely hope that golf (and the Quail) will remain and prosper in the Oakmont community even though most of the national data is against golf’s long term survival. Oakmont is in the middle of CA’s wine country, close to SF, coastal beaches, and normally has lots of things to do. Oakmont and its golf courses are part of that broad north bay travel and visitor experience as well as being a great place to live. Currently, with fewer things to do because of Covid, golf has been a great way to keep your mind off that problem at least for a few hours. Even when the solution is found for the virus, golf will hopefully continue to provide many Oakmont residents with some exercise, an outing with golfing friends, and a respite from other life challenges  – or as some have coined “lifequakes”.

That hope for golf is dependent on the selection of an appropriate management team that has sufficient financial resources and the knowledge base to meet a changing recreational and financial environment.If a management team is not found that can operate without significant continued funding from the OVPC/OVA, a long term contract should not be signed.

Again, BATNA should be the tool for that process since the original concept turned out to be ill conceived and did not work. I believe that most Oakmont residents would rather have a shorter temporary deal (one to two years) than a long range one so that a reevaluation process of the golf project can take place.

As a coincidence to the above, I just received my summer 2020 digital edition of Golf Inc. The Virtual Summit is nearing.

Maybe the entire BOD could attend virtually (or view session videos at a later date), to learn some of the finer points of golf management. It is sponsored by one of the golf attorneys involved (Addison Law) in the OGC/OVPC sale and/or AGP contract. The opportunity to learn more about golf management would benifit those directors who may not adequately understand golf as a business. The AGP failure was not one sided. It is also interesting to note that AGP was not mentioned in any of the publicity remarks of the Golf Inc’s Virtual Summit.

Why has the OVA BOD formed yet another committee to consider a major restructuring of the Central complex – Berger, CAC etc. There is very little question about the need for some updating of the facilities and revising some of the space for more efficiency.  Although prior committees had suggested that concept and provided some basic facility changes, no formal committee has indicated that a totally new building should be considered.

What has changed? Was it older long term residents who were not satisfied with the current facilities or programs? Or maybe it was newer and younger residents who wished to follow the latest trends in senior communities?  Neither of those were in the majority of the 2015 community survey that explicitly indicated that a new Berger was not needed, but a repurpose of some space would be a more favorable option.  Now that the golf courses are under the ownership of the OVPC/OVAA, a more realistic answer may be that the current BOD has made a decision that  a major change in the Central Complex facilities is a significant community need but it will not need the approval of the community it serves.

It is also interesting that the CCC is composed of members from other committees who would then take the ”pulse” of the “stakeholders” –  See the June 30th CCC minutes. Those “stakeholders” are leaders of other committees who (I guess) would poll participants of those various groups/clubs etc.  Although the 6/30/20 CCC minutes note that “Decisions about the future of the Central Complex will be made by the BOD with input from the community”.  No effort for a community-wide survey of the membership was mentioned in the 6/30/20 CCC minutes.

Finally, with the purchase of the golf courses and the Quail, a change to the configuration of the golf courses will not be a roadblock for land to build added facilities. Even if golf (as currently structured) is said to be a priority for this BOD, changing of the golf course(s) format is now on the table. The BOD should present the community with their long term goals before entering into any architectural or design concept expenditures. Using the new CCC as a way to get approval or commit to a major project(s) before the end of 2020 (and before the April 2021 election) will be a problem and further undermine the trust of the BOD.

In most community based organizations, the BOD has two main functions. (1) Set policies for the operation of the organization using a consensus of the community as the base for future change or new directions; and, (2) hire and or fire the General Manager. Although they have the legal right, various OVA BODs seem to have ventured beyond that normal format and taken on added authority for administrative decisions usually handled by the GM.

There have been three general managers for the OVA in the seven years we have owned property in Oakmont. It is not an easy job for several reasons.  Seniors (myself included) have opinions and time to voice, vent, suggest, or publish statements that sometimes may not agree with a general manager’s or BOD’s decisions. It goes with the BOD’s and GM jobs.  Per Oakmont’s bylaws, as well as many other HOA communities, the Board President is the CEO of the organization. That can be a major problem with a community that may change board officers every year or two. Oakmont has had (at least) six different presidents of the OVA BOD in the past seven years.  Although the maximum continuous term for a board member (and president) could be four years, that has not occurred often (or maybe never) over the past twenty years.

General manager candidates that have the appropriate skills and certificates to manage recognize that his/her style may not fit with the governess policies of certain organizations, including the OVA.  BATNA may not be the formal process for negotiating with a new GM, but there are issues involved in which the BATNA format may be useful. Those who have a concern with OVA’s policies may not apply without some compromise vehicle available.

It has been noted that the current GM vacancy resulted from a “personal preference to return to his previous home area”. That may be the case, but there is some concern about that not being the only issue for the resignation.