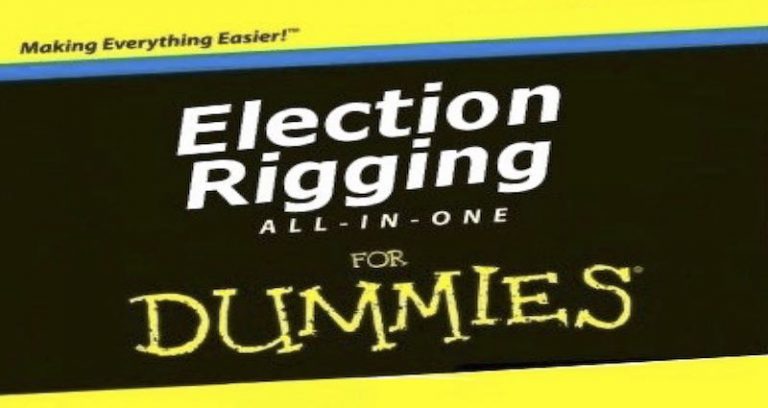 Who has been robbed?
OVA membership
What have we been robbed of?
The choice of choosing directors who might offer a different direction from those currently serving on the OVA Board of directors.
Who has done the robbing?
The OVA Board of Directors, by not appointing the 2019 Nominating Committee until 17 days after the December 1 deadline specified in our Bylaws, paragraph 5.4, thus reducing the time for the Nominating Committee to do their job by 30%.
The Nominating Committee, by not fulfilling their duty under the Bylaws, paragraph 5.41, to nominate “a slate of not less than two (2) more nominees than the number of directors to be elected”.
Why is this important?
Regardless of whether you approve of the direction taken by the current Board or you disapprove of their direction, you deserve to have a meaningful choice in the election. This means that you should be able to vote for candidates who are not already serving on the Board. With only a single non-incumbent running for the Board, three out of four of the incumbents running are guaranteed to win, thus maintaining the current Board majority for at least another year. So the Board, and the Nominating Committee which was appointed by the Board, have denied you a meaningful choice in this election and have guaranteed for themselves that they will remain in charge of OVA and our future in Oakmont for at least another year.

Narrative (long – feel free to skip to the next section!)

Up until a week ago, when the candidates were announced, I had no inkling that this would be a substantial issue in this election. I was aware that the Nominating Committee was appointed late, but as a procrastinator from way back, I assumed that they would work “overtime” as necessary to meet their obligation under the Bylaws. After the announcement of candidates, I Emailed Ruthie Snyder, the chair of the Nominating Committee, to call this to her attention, should she have overlooked the requirement somehow. Her response was that “We would have loved to get more candidates, but I’m sure you know you can’t force people to run for election. … The committee has done a great job of setting the table for an open and transparent election process.” (Emphasis added)

It is true that the opportunity to run for the Board was well advertised, starting with the January 1 issue of the Oakmont News, but that may not have been soon enough to start. And while it is also true that you can’t force people to run, you can reach out to qualified people and try to convince them to run, especially if failing to get the required number of candidates is a violation of our Bylaws. And the bottom line is that the Bylaws do not specify anything about “best efforts” to nominate candidates; they say that “the Nominating Committee shall present … a slate of not less than two (2) more nominees than the number of directors to be elected”.

“It had taken the human race several thousand years to realize that there were some jobs that should never be given to the people who volunteered for them, especially if they showed too much enthusiasm. As one shrewd political commentator had remarked: “We want a President who has to be carried screaming and kicking into the White House — but will then do the best job he possibly can, so that he’ll get time off for good behavior.”
― Arthur C. Clarke, Imperial Earth

Since I was not satisfied with her answer, I decided that I might write an article (this one) about the situation. I wrote her back, explaining that I might do so and asking her for details of the process that the committee had undertaken in selecting nominees, including how many OVA members had been contacted to ask them to consider running. I said I wanted to be completely fair and balanced, and it was my thought to relate how much effort they had gone to before failing to meet the Bylaws standard. But rather than replying with candor and transparency, she forwarded my message to General Manager Kevin Hubred, who discussed it with Board president Steve Spanier. The authorized quote I got back from Steve was as follows:

“To prevent missing future deadlines such as the December 1 deadline for putting a Nominating Committee in place, Kevin has created a calendar of deadlines called for by the bylaws and other governing documents.

I believe I speak for the board when I say that we stand by the output of the Nominating Committee. We’re confident that all Oakmont members who wanted to run for office have declared their ambitions and are now in the process.”

This didn’t satisfy me, because it revealed nothing of the process used by the Nominating Committee, so I Emailed Steve directly asking him to allow and direct Ruthie to answer my questions. His response was:

“The three of us have said all we’re going to say on this topic, except I will reiterate that we believe the Nominating Committee more than sufficiently advertised the open positions and that all the people who want to run are now running.”

In my view, the standard set by the Bylaws, which are fully supported by the current Election and Voting Rules policy, is a standard of results, not whether or not the positions were advertised, or even whether or not people want to run for the Board. If the Nominating Committee fails in meeting the standard, the least they can do is to explain what they did to try to meet the standard. Refusing to provide this information when asked leaves unanswered questions such as:

I don’t know the answers to these questions. I only know that the Board president and the Nominating Committee chair refused to answer them, and that fact negates any claim by either of transparency concerning this election.

There are possible remedies for the 2019 OVA Board election, but they are extreme, potentially more harmful than helpful, and I strongly recommend against anyone pursuing them. But, I will mention them, in case you don’t know about them already.

First, the Bylaws allow for a Special Meeting to be called “by petition of any five percent (5%) of the voting power of the Association” (Bylaws 3.3). A director (or more than one director) may be removed from office at such a meeting (Bylaws 5.52). Such an action would then require a special election to fill the open seat(s). This would be a difficult remedy to achieve, but even if a group of OVA members were able to use this mechanism to remove directors, the difficulty in recruiting qualified members to run for the open seat(s) would remain, and the mechanics (e.g. does the Board appoint a new Nominating Committee?) are not specified. Furthermore, the result would not be worth the division and acrimony this would cause in Oakmont.

As far as I can tell, our current Bylaws specify no enforcement mechanism or remedy should its provisions be violated, other than the Special Meetings provision. The only other way I can see to change the outcome would be to take some sort of legal action. If you did that and won the case (which seems fairly likely to me), a court might order the election delayed until more nominations were made, or thrown out if after the election, and where that would leave us would be up to the court, but with a certainty of bitterness and hard feelings among practically all who might be involved.

I believe that the failures were probably unintentional, and that since they have been brought to their attention, the Board will take steps to make sure it doesn’t happen again next year.

Making sure this never happens again

We absolutely should amend our Bylaws to prevent, as best we can, such an abuse of power (regardless of whether or not it was intentional) from happening in the future. Memories are short, especially when directors are replaced as frequently as they are in Oakmont, and even if we trust this Board completely to reform their act next year, there is no guarantee that future Boards will remember and do the right thing.

So I have proposed amendments to Article V of the Bylaws, which would first, require more non-incumbent candidates, enough to assure that OVA members have a choice to vote for non-incumbents, and second, specify that, if the Nominating Committee hasn’t found enough candidates by February 1, the election shall be delayed 60 days and more candidates sought, meanwhile the Board not being allowed to start new projects, etc. If any of you would like to see my proposal to the Bylaws Revision Committee, drop me a line at bbon@earthlink.net and I will send you a copy.

I wholeheartedly support the hard work of the Bylaws Revision Committee, who have made several proposals which would allow OVA members more oversight over Board actions and more clear remedies should a Board deviate too far from the will of the membership. To support my proposal, or to suggest other changes to the Bylaws, you may contact the BRC through its chair, Dennis Boaz.

Another measure that could help to prevent recurrence of this issue is to institute a program of education and recruitment for OVA director candidates, beginning in the fall of each year.  The problem is real that qualified OVA members do not want to run for the Board, because they are fearful of the personal attacks they are likely to experience, or simply because they are too overwhelmed with family responsibilities.  But an effective recruitment program, beginning months before the election and emphasizing the positive rewards of serving and the necessity for having a diverse and competitive field of candidates, would help to ensure an adequate number of candidates running for election.

When I was young and had more time to read science fiction, I came across this (about a fictional distant future) and have remembered it for all my life:

“It had taken the human race several thousand years to realize that there were some jobs that should never be given to the people who volunteered for them, especially if they showed too much enthusiasm. As one shrewd political commentator had remarked: “We want a President who has to be carried screaming and kicking into the White House — but will then do the best job he possibly can, so that he’ll get time off for good behavior.”
― Arthur C. Clarke, Imperial Earth

It occurred to me again when I considered the challenging prospect, faced every year by the Nominating Committee, of convincing good people to sacrifice a good piece of their lives to serve as OVA directors. Ones who serve deserve our thanks for their sacrifice, but also our skepticism and constant vigilence.

Finally, I would like to make it clear that the opinions expressed herein are my own and do not necessarily represent the view of the Oakmont Forum Club, of which I am the coordinator, or of any of its members.

Share this page:
Posted in Opinion
← CANCELLED: Oakmont Forum on Candidates and IssuesOGC To Be Sold →