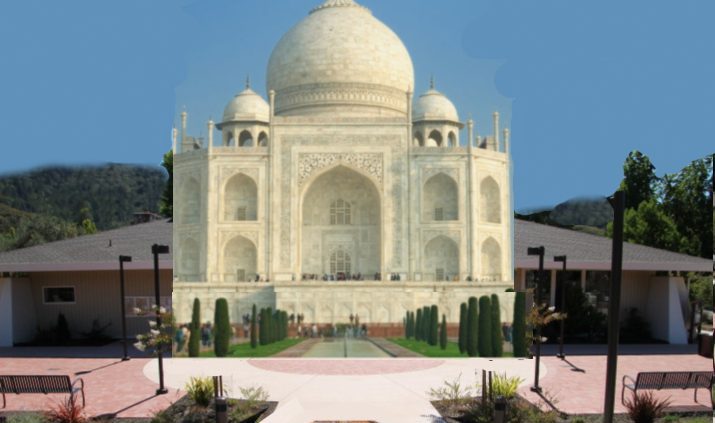 All of us have a vision of what we expect and want Oakmont to be. For many of us, our vision of our community is similar to what Oakmont currently is, perhaps with a fresh coat of paint here, new carpet there, and improvements for safety and handicap accessibility. This is what we bought into when we bought a home in Oakmont, and it is certainly the minimum that we should expect. (Golf is a much trickier subject, since the golf courses have never belonged to OVA but they are undeniably part of the image of Oakmont.)

Others have much grander visions, thinking that, in order for Oakmont to be the “premier active adult retirement community” that is a stated goal in the OVA Board Mission Statement, we must spend substantial money for larger, modernized, trendier facilities.

In the first group, their vision of Oakmont probably looks something like this:

Those with a grand vision imagine something like this:

I believe that virtually everyone who serves Oakmont as a director or committee member does so with the hope of furthering the best interests of Oakmont. I have yet to meet an Oakmont sociopath, and even though there might be some hint of narcissism in some, it is nothing compared to what we see on the national political scene. The problem is not one of motivation or personal greed or anything else nefarious; the problem is that we don’t all share the same vision of Oakmont and, consequently, we don’t agree on what needs to be done to achieve the best interests of Oakmont. This is exacerbated by the fact that Oakmont can no longer expect to receive “free” money from developer fees.

OVA Boards change every year, and with the change comes a change in the Board’s consensus vision of Oakmont. Directors often come into office with specific goals in mind, perhaps to fulfill campaign promises that helped to get them elected, perhaps with goals that may be more covert, hoping to use the office to achieve their personal vision of what is best for Oakmont.

With director terms a short two years, any director wishing to create a positive legacy, i.e. progress toward his vision of Oakmont, must work quickly and may be motivated to rush the process. Campaign promises of transparency and member involvement may go by the wayside, and ends-justifies-the-means thinking takes over. This has been particularly true with respect to the OGC issue, where the stakes are high – the potential for millions of dollars of OVA dues committed to OGC, on the one hand, and the potential for “blight” should OGC fail, on the other. In other cases, Boards have approved minor parts of their Oakmont vision, resulting in patchwork improvements that do not serve Oakmont well.

All of this has taken place, in part, because Oakmont does not have a longer-term vision which everyone accepts. In the worst cases I can remember (I have only been here 5 years), there was an expensive plan to build an office building somewhere near the CAC, and there was another expensive plan to build pickleball courts right next to the central pool. In both cases, the OVA Board tried to ignore the opposition to these plans, until either they had to give up the plan or, in the case of pickleball, a new Board was elected that immediately shut down the process. In both cases, the issue was very divisive in our community, feelings were hurt, persons were villified on both sides of the issue, and hundreds of thousands of dollars were wasted. Much ill will from those contentious political battles remains to this day.

I believe that the most critical Oakmont need is to come up with a vision that best represents the consensus of OVA members, and then to incorporate that vision into OVA governance documents. The goal is to develop a consensus vision, supported by valid survey results representing the spectrum of demographic groups in Oakmont, that will guide the spending decisions of current and future Boards of Directors.

The first step must be to reach every significant demographic in Oakmont to find out what their visions of Oakmont are, somewhere on the spectrum between the conservative extreme and the grander vision described above. To do this will require another survey, but perhaps a much shorter and simpler one than the Visions of Oakmont, and a concerted effort to reach Oakmonters with the full range of incomes and political involvement. If I were writing the survey, in addition to demographic questions, there might be a single Vision of Oakmont question, with a description of the two extreme visions outlined above and asking the respondent to select a number from 0, for the fiscally conservative extreme, to 10 for the grand-vision extreme. The most important result of the survey would be a number from 0 to 10, representing the median answer to this question. The results of the survey must be made public, of course.

The second step is to establish a stable Oakmont Vision, Mission Statement and Guiding Principles document, similar to that of the Creekside Village HOA but following closely the will of OVA members, as expressed in the survey identified in the preceding paragraph. In order for this document to be stable over time, and not just a political expression of the currently seated Board of Directors, the Bylaws must be amended to (1) identify the document and specify its purpose, (2) require its development within a year by the Board, with the help of the Long Range Planning Committee, and (3) require approval by a vote of the membership, for either initial establishment or amendment of the document. This document must be carefully written to express the median vision derived from the survey. The Oakmont Vision section must be specific enough to provide significant guidance to directors, rather than motherhood-and-apple-pie statements that can be readily interpreted to support whatever vision a director may have. The OVA Board Mission Statement must be compatible with the Oakmont Vision and must require the Board to act in support of that vision. The Guiding Principles for the OVA Board should define the principles which OVA members expect directors to follow, in executing their fiduciary duty to the Association. Requiring that the document be approved by the membership will provide a stability that cannot be achieved if it can be changed easily by the Board of Directors.  More importantly, approval by a membership vote will assure that it adheres to the community’s wishes.

Board Goals, currently part of the 2010 OVA Board Mission Statement & Goals document, should become a separate policy document. The goals should be examined and revised, as needed, to fully support the Oakmont Vision, Mission Statement and Guiding Principles. If, for example, the Oakmont Vision does not support addition of new facilities except as approved by a membership vote, then the current “new facilities” goal would need to be modified to reflect that.

Finally, revisit the Oakmont Vision, Mission Statement and Guiding Principles no more than once every five years. Admittedly the consensus vision of Oakmont may change over time, as the population changes, but this document should be a stabilizing factor, not something to be changed with every board election. This approach will minimize contention, wasted time and money, and guide Oakmont Board decisions in a more credible and effective way.