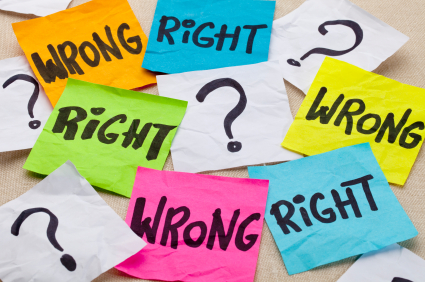 OVA President Steve Spanier made a provocative statement at the June 18 board meeting with regards to the issues surrounding the potential offer to buy the OGC:  “Don’t believe anything unless it comes from us. We will give you the truth.”

One of the main problems is that very little of substance regarding the potential OGC purchase has come from this board, hidden behind the veil of non-disclosure agreements and executive sessions. All that was announced at the June 18 meeting were details of planned workshops and the 30 day voting period.  Not a hint as to the proposed financing plan (dues increase and/or special assessment combined with a loan?) was offered.  The board has been exploring and discussing this issue for months, if not the past year, and yet the OVA membership will evidently be offered a quick and hasty sales job prior to a rushed vote.

OVA members need light to be shed on these issues, the pros and cons of a golf course purchase and the current and future liabilities and costs that OVA would be taking on.  Yet we all remain in the fog of obscurity.

I’ve talked to many people who love living in Oakmont but are troubled by the direction this board is taking, the discord created by lack of information provided on their plans for the OGC, the cost overruns for the ERC, and the seeming resistance of this board – especially the president – to any views that differ from their own.

Count the number of houses that have been put on the market in the past six months to a year as these controversies have blossomed. How many others are considering doing the same with the uncertainty engendered in OVA’s risky venture to pay off the failing OGC debts and enter the golf course and hospitality business, a decision made by amateurs who have no experience in these fields.

Before OGC put the golf club on the market there was a board campaign to spend OVA dues money on purported drainage issues involving the golf course creeks that they said would threaten homeowners with flooding.  The Oakmont Observer published several articles addressing and investigating this issue. Historic rains this past winter put the lie to these scare tactics and now that the OGC is for sale the board has rescinded this offer.

In one of his first President’s Messages after being elected Spanier wrote: “In the Oakmont I envision, residents would be less afraid to state their opinions, safe in the knowledge they will not be attacked.” In another: “My experience taught me to support and believe in the power of community activism. Activism helps people think about important issues. It plants the seeds of change. It marks the genesis of all important movements in world history.”  And: “Social media is a popular tool among modern activists.”

Yet, we watch as the board and its supporters attack the validity of any activist voices in opposition to their plans. Spanier himself has attacked and singled out a discussion group on Nextdoor as a topic for a community survey and board workshop.  And other views expressed on Nextdoor or the Oakmont Observer are denigrated as merely the noise of naysayers. Truth be told, facts with references often appear on both platforms.

During his campaign for the OVA BOD in 2018 Spanier posted the following on Nextdoor: “One of the five pillars of my campaign platform is an independent press. Specifically, I say the Board will support and encourage the free expression of ideas within Oakmont.”

He also posted this:  “A scorched earth campaign based on creating fear, uncertainty and doubt among our Oakmont neighbors does an extreme disservice to our community and contributes to the divide.”

In his President’s Message of 10/16/18:  “Democracy dies in darkness. Democracy begins with truthful, timely, detailed accounting of relevant facts. It continues by offering numerous opportunities for dialogue. Only with facts and dialogue can citizens properly hold those in power accountable.”

From the 7/1/18 Message, Servant Leadership:   “Leaders don’t dictate policy to constituents and stakeholders. Instead, they’re obsessed with fulfilling needs, which they understand cannot be learned without proactive solicitation, active listening and earnest discussion.” In this same piece he quoted a book about servant leadership:  “We’ve seen the negative impact of self-serving leaders in every sector of society around the world.”

As an avid golfer, OGC member and 2018 club champion prior to resigning earlier this year to lead the OVA effort to buy the golf club, the idea that Spanier is a totally unbiased purveyor of truth on this issue is unconvincing.  And considering this background, merely announcing that by resigning his OGC membership he removes all conflicts of interest is still an unresolved issue in the community.

OGC members must vote with 60% support to approve a sale; OVA members can approve a purchase with as little as 25% support of the membership. These are the rules as written and we all must play by them.  Yet there is something inherently unfair and undemocratic about this arrangement. It remains to be seen how much information can and will be provided at the June 25 OVA meeting. The board then intends to vote up or down on the OGC purchase in executive session right after this meeting.

For the board to then rush the vote, sending out ballots soon after this meeting, is to place members under duress in making such a momentous decision for Oakmont with incomplete information as to the pros and cons of such a purchase.  This appears less an effort to get all the facts and “truths” of this potential purchase to the membership so we can make an informed decision and more an act of salesmanship. A salesman emphasizes the positives and tends to downplay or ignore the negatives of what he is trying to sell, and the “truth” often suffers.

Spanier may consider himself a neutral decision-maker – much like a judge – in his handling of this issue.  But the fact is he is a partisan arguing his case before the true judge, the OVA membership. And we should demand less salesmanship and more facts before we decide this case.

Share this page:
Posted in Opinion
← Actual Statistics on the NextDoor OVA/BOD Discussion GroupOVA Town Hall on the OGC Purchase →