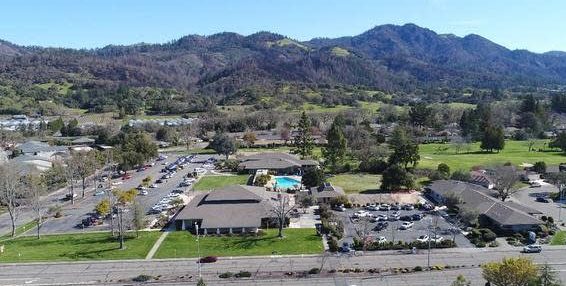 OVA members expecting to find clarity for what they are being asked to vote on starting next week were likely further confused after the presentation made at the Town Hall on Tuesday. One undecided member commented that “the information provided was often incomplete, vague and indeterminate.” Director Tom Kendrick continually reminded the audience that the Board was using “rough numbers” and “needed to sharpen their pencils” at some later time to get more accurate funding and cost numbers.

Kendrick started his presentation by saying: “The most obvious option is to sit on our hands, do nothing. The other option that is available to us is that we would submit a Letter of Intent with contingencies and let that go forward.”

If a Letter of Intent is submitted, then four current options for a purchase were discussed:

1.         Acquire the property and shut everything down. OVA would manage the green space.  OVA’s land under management increases six-fold, from approximately 50 acres presently to over 300 acres.  Estimated to cost $10 per member per month in dues.

2.         Shut down the food and beverage operation and keep the golf operation. According to Kendrick, “the ongoing capital and other costs are going to be in the neighborhood, again, of about $10 per member per month based on our current estimates.  And again we need to sharpen our pencil if we go down that road and get better numbers.”

3.         “The third option looks a great deal like what OGC is currently doing.  We would hire a management firm to operate the whole business, including the hospitality operation. So the advantages are very similar and the disadvantages are also very similar.”  No costs were given for this option over and above the purchase price and it appears it is not being seriously pursued.

4.         “And the fourth option is to operate similar to what is currently there but do that through a lease partner, a partner that would come in and take responsibility for the business and to mitigate our risk, give us a little bit of buffering.  We would own the property and lease it to them.   They would take most of the uncertainty with that. And again the ongoing costs here are about $10 per member per month, at least in the short run.”

To fund the purchase “the best option for raising that money in the short run would be a loan and we’ve looked into that. The loan service costs would be in the neighborhood of $10 per member per month.”

To summarize:   Loan service costs to finance the purchase of $10 per member per month and ongoing costs for options 1, 2 and 4 of an additional $10 per member per month.  Combined this would add $240 to individual member’s dues per year ($480 for two-member households) for an annual cost of approximately $1,142,400.  However, all the numbers mentioned above were given with the qualification “we don’t have final numbers on anything.”

What’s the state of the OGC property?   Kendrick continued:  “It needs a lot of work.  The buildings and infrastructure need attention.  There is a clear need to deal with deferred maintenance issues around the infrastructure.  The golf courses and the land adjacent to it similarly need maintenance.  They have also been neglected over the last few years so there is a great deal of work there to catch up and to correct problems there.  One rumor I heard was that of seven lawnmowers, one and a half worked.  So upgrade and replacement of equipment is another issue.  And currently the operations are understaffed.  And part of that is because of the process that they are going through leading up to a potential sale.”

Ken Arimitsu, the professional consultant hired by the OVA Board to advise them on a possible purchase, was quite candid and offered more concrete information.  He said that at present the OGC is running a $300,000 to $500,000 annual deficit; and he added, “I think that, regardless of who buys it or who operates it, the golf course as a status quo entity would still run about $500,000 in the red.”

When asked by a member at Open Forum how long it would be before the golf course properties would begin to break even, Arimitsu replied: “I did an analysis.  You’re looking at, I think, on a best case 5 or 6 years.  But I would say probably around 10 years.”

This was with the added qualification that “we asked the tenant to provide us with a five year capital plan on what it would take to get the golf course up to an acceptable standard [that would lead to eventual breakeven status].  They came up with a budget of about $3.5 million dollars over five years.”

In response to a question at Open Forum, Arimitsu elaborated:  “It’s a capital improvement fund over five years.  A lot of it’s front-loaded.  But there are certain things, cart paths, trees.  You have to relocate your controls for your irrigation box because they are behind a full-grown tree.  The list goes on and on.  We had an independent expert from the golf industry come through and develop a five year capital plan.”

(When asked after the meeting to breakdown this $3.5 million investment in OGC maintenance and capital improvements, Arimitsu told us that the potential lease partner’s share of this “front-loaded” capital improvement fund would be $1 million and OVA’s share would be the remaining $2.5 million.)

In terms of operating losses, Arimitsu explained: “I will tell you that this golf course needs to gross around $5.1 to $5.2 million to break even on (two) 18 hole courses.”  And: “Right now it’s running about $4.3 million in gross (revenues), which is creating a deficit of about $400,000 a year in operating loss.”

Near the end of the Town Hall, in response to a question from a member at Open Forum Kendrick said, “We have no intention of being the highest bidder.”  It prompted only nervous laughter in the room.

The OVA Board is conducting two additional Town Halls next Tuesday at 1:00 and 3:15 pm in the ERC.  Further questions may be on the table.

Share this page:
Posted in News
← Truthteller or Salesman?Too Many Unknowns & Why I am Voting NO →