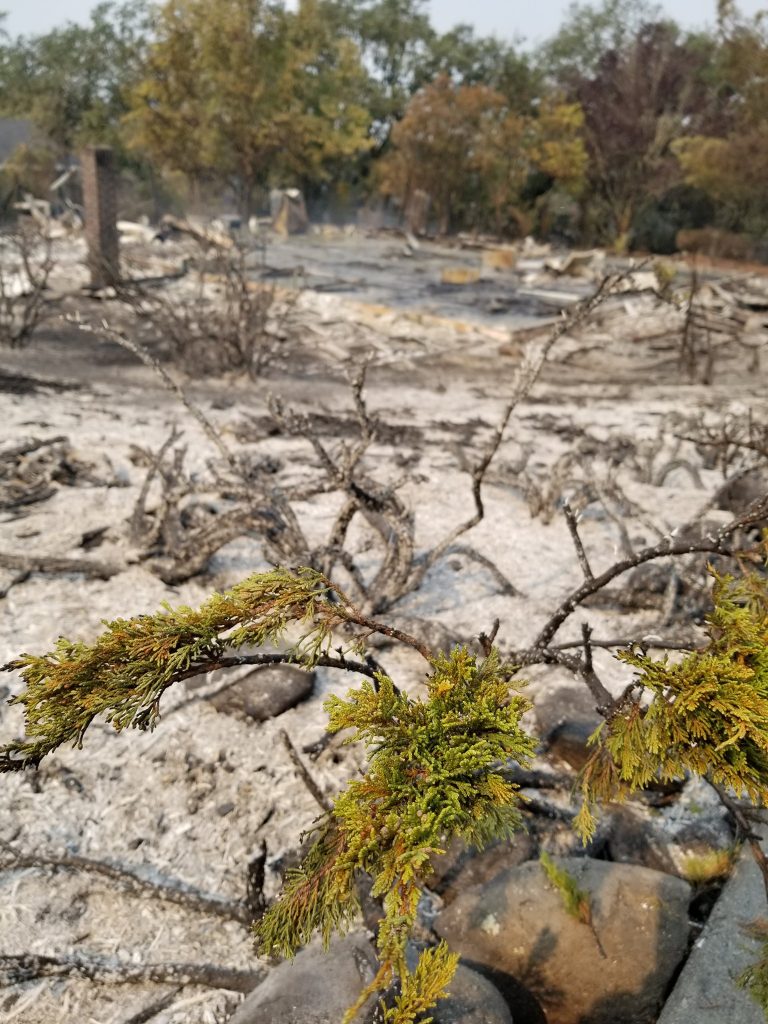 Under Fire Weather Watch – Monday, October 19 through Wednesday, October 21 – Oakmont’s preferred social forum, Nextdoor, is replete with comments and opinions on how to secure our village against perennially occurring fire storms. Everyone agrees on a 5-foot defensible space around our houses, but remains divided about the construction of a wall along Highway 12.

Phase One requires the removal of flammable plants and bark within a five-foot defensible space around homes, the removal of dead or partially dead trees and finely shredded bark and removal of leaves and pine needles from roof and rain gutters by Aug. 21, 2021.

Securing vents; removal of combustible bark, bushes, trees and tree limbs will not be inexpensive. The resultant financial burden imposed on some residents needs to be considered.

How can neighbors be helped who cannot or can ill afford to fireproof their property? How to achieve an equitable solution? Financial assistance via a means test?

Or will Ova picking up the tab? That, of course, signifies the collective us. The building of a wall would cost millions, paid for with assessments.

Some monies could and should be used instead to harden our 3200 homes with their front, side and back yards.

If it all seems like a monumental undertaking, it is! But absent of an urgent communal effort, led by the board and its designated committee, the luck of saving our homes in an uncertain future will be significantly diminished.

Photo: Close up of Junipers around home lost in Oakmont – Facebook / Susan Gorin

Share this page:
Posted in Features, News
← Oakmont – SurvivalOakmont – What Is Next? →