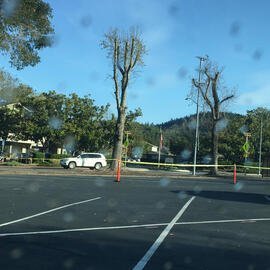 If anyone of you have had the opportunity to pass by the CAC area recently you will be confronted with the removal of a number of the trees that have shaded and decorated this common area for decades. Why is this happening? First let me provide a little background.

The Landscape Improvement Committee was a standing OVA Committee for years. Per it’s 2013 Charter three of its primary purposes were to:

• Assist the OVA Board and Facilities Maintenance Manager in identifying, planning changes, and prioritizing work on landscape areas in need of improvement

• Assure appropriate vetting of all candidates for work on OVA landscape projects.

In 2016, the OVA Board signed a contract with True North to provide Landscape Management Services. This contract stipulated a number of items including the following which are particularly relevant to this article, those being:

• Natural pruning, that is hand pruning, of shrubs will be performed to promote and accentuate normal plant characteristics and reduce the amount of carbon emissions by gas powered equipment. (Shearing may be performed in areas where natural style is not feasible)

• Pruning of trees will be performed to promote and accentuate natural forms and features… International Society of Arboriculture (ISA) pruning stands will be followed. 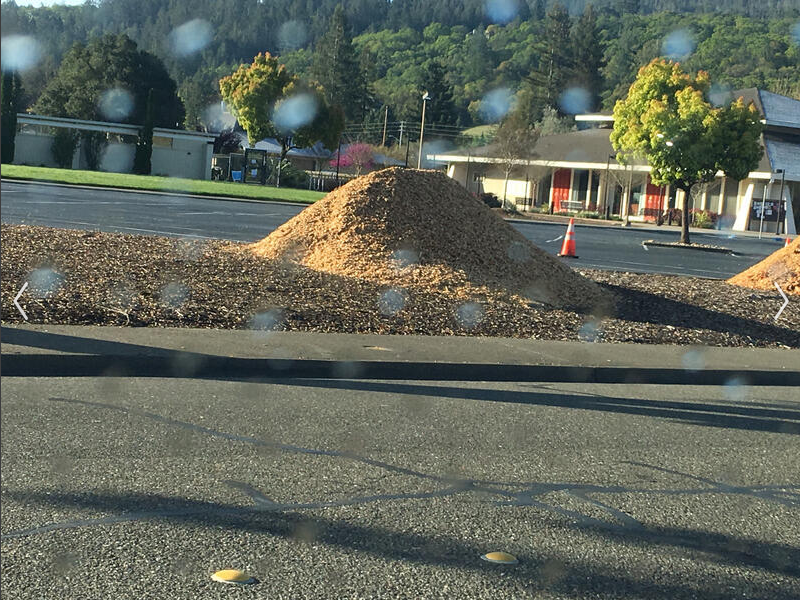 Previously butchered trees seen above are reduced to rubble. 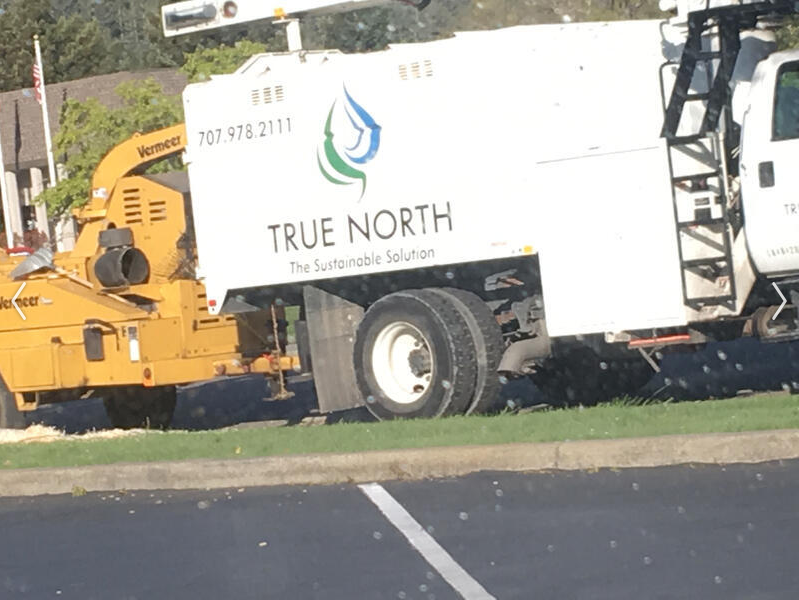 Over the course of 2017 – 2019 the LIC raised numerous concerns over compliance with above specified items that were either being ignored or deliberately disregarded by the OVA staff overseeing the work of the Landscape Management Contractors. Specifically, some of these items included:

• Continual shearing of bushes, not pruning as per contract, in the CA C courtyard. Resulting in poor and inappropriate plant growth and health.

• Ongoing lack of weed control of the bed around the CAC, resulting in two LIC Members repeatedly and on an ongoing basis, doing the work that the OVA was paying the Maintenance Facilities Manager to oversee and True North to do. These two individual were honored as OVA Volunteers of the Year for the commitment to maintaining the beauty of Oakmont despite lack of cooperation of staff.

• The unapproved removal of 20 full grown Manzanita trees from West Recreation Center without LIC knowledge resulting in numerous complaints of OVA Members especially those who used the W. Rec. on a regular basis. When questioned on this issue, the Facilities Maintenance Manager (FMM) inferred these were “high fire risks”, however, at a special meeting called for the purpose of addressing these inappropriate actions, Dan Milhollin. a master gardener and the Chair of the OVA Fire Safe ad hoc committee, made clear the following points: With proper spacing, removal of all dead material, and reduction of canopy, Manzanita’s are as fire resistant as any other tree. Junipers, which are far more prevalent in the West Recreation Area, expose a far greater fire threat. Additionally, the 20 Manzanita stumps left standing above ground presented a potential pedestrian tripping liability and the removal of the stumps an addition cost.

• Repeatedly, LIC member were left out of decisions pertaining to items specified in the LIC charter or items “agreed” upon by the LIC and staff were simply disregarded or were misrepresented by staff. One such item occurred in July 2018, when the LIC finalized plans to put out a call for project bids to three contractors in August per the three bids rule. At that time Rick Aubert, FMM, stated three bids were not necessary. However, Kevin Hubred, GM, confirmed that the standard three bid rule is the OVA policy.

The Committee continued to struggle with the Facility Manager’s misquoting True North’s contractual requirements and failure to cooperate with the LIC with to get True North to fulfill its contract. Finally, it became necessary to develop a written agreement on how the parties would work together.  Unfortunately, despite the extensive efforts of the LIC Members, lack of appropriate and agreed upon work continued to remain undone.

In the wake of the 2017 Wildfires, one of the biggest issues became the pruning of trees. Repeatedly, staff was warned that “hacking” trees rather than appropriate pruning would result in making the trees more vulnerable to pests, disease, damage, or dying, and therefore, a greater NOT LESSER fire danger. Anyone with a reasonable background as an arborist knows this should never have happened.

During this difficult time the General Manager began trying to redact or redline-out pertinent information and concerns from the LIC official minutes, especially anything that might reflect badly on either Rick Aubert or True North. This is of grave concern to both the Community and the Board, since both Committee and Board Minutes are official Corporate Documents. This means they can and will be subpoenaed by various government/law enforcement agencies for a number of reasons, including employee termination disputes, IRS status issues, liability responsibility in personal lawsuits against the OVA, and a number of compliance issues.

Summarily, the LIC was called to an unannounced meeting where the Chair informed the Committee that it was disbanded without notice or reason. As we all saw, their knowledge was disregarded, their warnings ignored and the trees at the CAC were “hacked” and “butchered”, not pruned, resulting in the damaged, dead and dying trees that we are now paying to have removed. Note that this is over and above the Landscape Maintenance contract, as is all of the work, such as new planting.

Sadly, at the General Manager hiring interview with the then Board, one of the items he used to “sell” his qualifications was that a landscape contractor becomes complacent after a couple of years, and should be replaced every few years to ensure that the company gets the best maintenance for the best price. However, when that time rolled around, he changed his tune and vigorously campaigned for True North’s contract renewal, even after being warned by the LIC and community members that they were not meeting their contractual obligations nor doing their job well. The General Manager’s “Modus Operandi” is to defend his employees over holding them accountable to their job and contract obligations.

So where are we at?

The OVA Governance and Administration, are rewarding incompetency rather than demanding quality service. And, We – that is YOU and I, as Members, are paying twice, no three times for the same “job”: pruning badly, then cutting down the dying trees, and then having to replace them. This is neither acceptable management nor appropriate oversight by the Board of Directors.

Share this page:
Posted in Opinion
← Giving Credit Where Credit is DueBerger plans: How Soon We Forget (And the Story Changes) →

View all posts by Kerry Oswald →