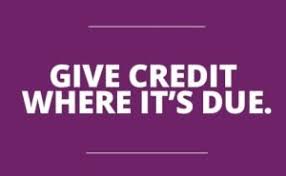 In Steve Spanier’s Candidacy Statement in the February 15 edition of the Oakmont News in reference to  “Administration Accomplishments” since April 2018, he appears to be taking personal credit for these supposed accomplishments. Other Community members to whom I have spoken definitely had this perception, assuming his claims to be true.

I have verified certain facts from multi-year Board Minutes, former Board Members, and other documentation and would like to either clarify, appropriately attribute credit, or distinguish items that are on-going functions that every Board and Administration attends to on an continuing basis.

In order to both illuminate and simplify I have separated his claims into three categories, indicating  misrepresentation, correct assignment, or continuance of projects, tasks, or initiative begun by previous Boards as supported by the above stated documentation. In order to avoid repetition at times I simply refer to the item number as stated in Mr. Spainer’s Candidacy Statement.

The sad fact is that for the past two years this Board has been  wasteful,  extravagant, violated OVA By-laws, swept things under the rug, and have failed in their fiduciary duty to act in the best interest of our commonly-held community of which every one of us is an equal holder, examples of this are:

Boards are not autonomous. They are a continuation of “ shared attributes”. Based on these facts I am calling these candidates into accountability. Mouthing  words like “accountability” or “transparency” while acting in one’s own self-interest or self-desire remains a “Conflict of Interest” requiring removal from the discussion and Board voting process.

You, as Board Members, MUST represent and protect our “greater” community and become truly transparent in your decision making process with ramifications, impact and consequences of your resolutions, which is your fiduciary duty of  “Loyalty and Care” of this entire community.

I recommend not voting in this election so a quorum cannot be reached, thus requiring another election in which our By-Law requirements are fulfilled  – that is at least two more candidates than the vacating seats or 6 candidates not chosen by sitting Board Member, so all of Oakmont actually has a “choice”. This would also require a Nominating Committee not composed of standing Board Directors. What we now have is a single “slate”. And the fact that Candidates Evening was originally scheduled for the ERC  that seats max. 150 members speaks to the importance that this Boards put on that event. [see 1/21/20 membership packet pg.177]

NB. I sent an email to Board President Spanier & GM Kevin Hubred challenging the 1 yr. position for one of the 4 candidates, which conflicts with our By-Laws 5.3, 5.3.1 & 5.5; but I haven’t heard back from them yet.

View all posts by Kerry Oswald →