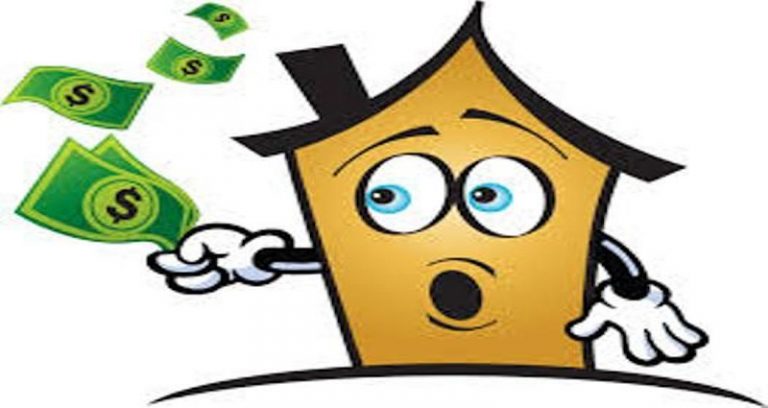 With OVA member dues rising to $75 starting this month, now may be as good a time as any to explore where this money goes.

The 2019 budget was mailed to OVA members in late November.  Total budgeted operating expenses have risen by just under 10% with the largest increases being for payroll expenses (more than 13%) and grounds maintenance and repair (more than 21%).  Another notable increase is adding 150% to the contingency fund, which, according to Treasurer Elke Strunka at the 10/9/18 Board budget presentation “has to do with setting some money aside possibly for the golf club.

In comparing the past eight budgets year over year, the average annual budget increase is just over 6%.  Over that period the only other budget with an increase in the current 10% range was in 2015. The average dues increase over the past eight years is 7.8%, with a high of 15.5% in 2018 and 11.9% this year.

The Operating Fund is used for day-to-day expenses such as payroll, utilities, custodial and grounds maintenance and is utilized for about two-thirds of budget expenditures.  It can be compared to a personal checking account that one uses for their regular expenses.

The Asset Replacement Fund (ARF or Reserve Fund) is essentially a savings account that should grow over the course of many years to save for maintenance, large repair and replacement expenses such as the current major repair and remodel of the ERC and the upcoming CAC and Berger projects.

The Capital Improvement Fund (CIF) is a “secondary savings account” that is used to pay for new capital projects.  Some of these funds are also used for new features to existing facilities, such as the ADA improvements, added storage space and a larger pool equipment room at the ERC.  Until recently this fund was primarily funded by developer’s impact fees to provide new facilities for the growing community. For example, when the residential west and east sides extended Oakmont out from the central area, new recreation centers were added.  With the completion of the Orchards and the Meadows tracts and no further developable land (or fees from developers) in Oakmont, this fund should serve as a secondary savings account for future wish list amenities and upgrade of facilities after essential repairs and maintenance of existing facilities have been funded through the ARF.

What are the funding priorities of any given board from year to year?  These may be discerned by observing how member dues are budgeted and allocated through the above funds.

In looking at the past three budgets, the 2016 board  increased the reserve contribution from monthly dues in the 2017 budget by 28% and the 2017 board doubled this in the 2018 budget to 56%.  These actions demonstrate a focus on strengthening the reserve fund (or primary “savings” account) and were to address a backlog of deferred maintenance on existing facilities.

The 2017 board in particular raised an alarm about undervaluation in the Reserve Study of existing facilities and the need to strengthen the Reserve Fund to adequately fund their maintenance, repairs and upgrades.  (We have seen some of the effects of this play out in the current ERC project, which was estimated in the Reserve Study at $700,000 and has ballooned to at least $3 million thus far. A loan has now been arranged to help cover this deficiency in the “savings accounts” used to pay for the project and members will pay off the loan with their dues over the next five years.)

The current board has reduced the Reserve Fund contribution by 6.5% for next year while increasing the contribution to the CIF by over 200%. Ordinarily, this might demonstrate an emphasis on transferring funding to the secondary savings account in the interest of “major improvements and new capital projects.” However, there are two complicating factors involving the CIF in this year’s budget.

First, in the absence of any future developer’s fees the CIF will be funded entirely through member dues.  In the words of Treasurer Strunka, “we are coming into a new era right now, which I will call ‘pay as you go.’”

Second, the principal and interest on the $1.6 million loan to cover the ERC project that will be funded this month (or soon thereafter) will be paid out of the CIF.  This loan payment accounts for $6.35 per member out of their $75 monthly dues. This is not clearly spelled out in the budget, other than to say “the loan will be accounted for in the CIF.”

So the $8 contribution to the CIF from each member’s monthly dues will only effectively contribute $1.65 in 2019 once the loan is fully funded and interest payments begin. This is a 37% decrease from the monthly per member contribution to the CIF in the past two budgets.  Yet, there are several new capital projects under discussion that will require funds from the CIF, including purchase of land from the OGC and a $200,000 dog park.

If we are to pay as we go and expensive new amenities are desired (for instance, the purchase of golf course property to add new facilities or additional parking for a new larger Berger Center) then dues will have to be raised to pay for them.  Or loans will have to be obtained.

And this appears to be the form of “pay as you go” that is taking shape.  The Finance Committee minutes from August (at the time the current loan was being explored) state:  “The purpose of the loan, was to spread the impact of ARF and CIF expenditures more smoothly over the next few years, and mitigate some of the dues increases required to meet Reserve Fund goals.” (emphasis added)

Shortly thereafter at the August board meeting Director Kendrick mentioned this Finance Committee language regarding the purpose of loans and said, “in the next year and in the next few years this makes a material difference in the amount of dues that are collected in any given year.”  He then added, “and it’s a bit of a dress rehearsal for going through this whole process in a few years when this building (the Berger Center) is the topic we are talking about, so we will know what we are doing”.

By using loans to finance expensive capital improvement projects the board says it is passing on the costs to future members as well as sharing with current members.  However, this form of financing also may allow the board to bypass legal restraints on dues increases greater than 20% in any year, and on special assessments greater than 5% of OVA’s annual budgeted gross expenses.  That is, future loans to finance large capital projects could avoid the member vote that would be required by California law for large dues increases or special assessments.

It is also not in keeping with the conservative principle of “pay as you go,” a system of paying for something as expenses are incurred, rather than relying on credit and allowing debts to build up.

In his President’s Message on the OVA website dated 10/16/18, Steve Spanier states, “this board has increased current dues only by 11.9%, a figure roughly halfway between the increases of the past two years, allowing Oakmont to continue to ‘catch up’ to where we need to be financially by strengthening our reserves and updating our infrastructure.”

Dues were raised this year, ostensibly to prepare our reserve fund for impending large expenditures on the Central Activity Center and Berger Center upgrades scheduled for the next 2-3 years.