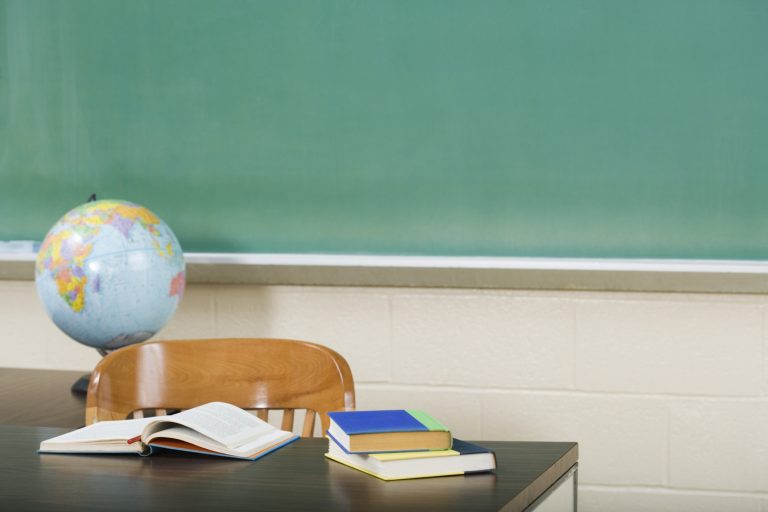 Recently, experts at Davos (World Economic Forum) pondered the question of how education must be changed if our young people are to survive in a World with artificial intelligence.  Robots are becoming increasingly capable of performing complex tasks and  replacing humans in the work force of the future.  Jack Ma, founder of Alibaba Group, China’s e-commerce giant, had this to say: “The knowledge-based approach of ‘200 years ago’ would fail our kids, who would never be able to compete with machines. Children should be taught ‘soft skills’ like independent thinking, values and team-work.”

Educators in the United States  have been beating this same drum for decades, starting soon after I became a teacher in 1963.  The social studies series that was being used was based on “traditional” information”.  There were textbooks that students could read and use to acquire factual information. Third grade students studied San Francisco, fourth grade children studied California, fifth grade children studied the United States. In 6th grade children studied Latin America and Canada for one semester and other countries the second semester. They learned about the  Aztecs, Mayas, and the Spanish conquest. They also participated in “committees” giving presentations to the class which included  maps, graphs, posters, and pictures on their selected topics.

We used to require students to learn  geography and  map skills.   I would ask students to  fill in the names of the states,  countries, rivers and mountains  on a blank map  from memory.  In addition they  were asked to memorize the  capital of each state or country. They  studied history — the founding of the  thirteen  colonies, the War for Independence, the Civil war.

After a few years these interesting textbooks were considered to be “boring” and “too factual” by the educational bureaucracy.   A new series was introduced in the 1970s titled “Concepts and Values.” Guess what? A textbook can’t teach “Concepts and Values”. These were boring books which attempted to teach kids concepts and values by printing them in a book.   “Concepts and Values” should be developed through discussion and experience, not recorded in a textbook to be memorized.

Similarly, mathematics teaching went to an extreme.  When I started teaching, the adopted textbook was called “The New Understanding Numbers”.  Skills taught in 6th grade included advanced multiplication, long division, fractions, decimals, and percentage.  Not only did the students practice computation, there were word problems for them to solve using the computation skills they had acquired.  Also included were basic geometric concepts. In the lower grades children memorized math facts. It was not that teachers didn’t teach the conceptual meaning of addition, subtraction, multiplication, and division.  I remember teaching first graders to solve problems such as 3+5 or 8-2 by using manipulatives. We would ask students to group 10 Popsicle sticks into a bundle to demonstrate the meaning of the tens digit in a numeral.   However, there were also games and flash cards to help young students memorize the math facts. Memorization would be critical to their ability to quickly do the calculations required to solve advanced mathematical problems without calculators.

In the 1970s the text series “New Understanding Numbers” was replaced by the SMSG textbooks (School Mathematics Study Group–New Math).  Topics introduced in the New Math included modular arithmetic, algebraic inequalities, bases other than 10. Students were taught basic set theory and made to distinguish “numerals” from “numbers”.  I kept my collection of “New Understanding Numbers” textbooks and used them to survive for several years until more balanced mathematics textbooks were adopted after the SMSG series proved to be a failure.

As usual, education went overboard and eliminated the idea that young students ought to memorize as well as understanding the concepts.  We arrived at a point where children in ninth grade could not add 5 +9 mentally without using their calculators or counting on their fingers.  Hopefully, in the future we do not let young students brains become totally dependent on machines because memorization has a bad name. 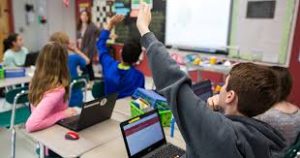 In my opinion, memorization is an ability of young children that should be utilized and encouraged.  Those math facts and other items we memorized as small children are among the last things to disappear from our brains as we age.  Children also should learn to write the letters and learn to spell. They need to be taught carefully the correct strokes for forming letters so they can write legibly.  It’s not a good idea, in my opinion, for young children to learn to express their thoughts using a computer and keyboard. Let’s give them some degree of independence from the machines.   I’m also strongly in favor of foreign languages being taught to very young children. Their brains enable them to learn a language with native-like pronunciation and intonation — something adults can never do.  I can’t help but wonder what two giants of the technology age, Bill Gates and Steve Jobs, learned in 1st and 2nd grade. Were they required to memorize math facts and perform repetitive practice in learning to write the alphabet?   Probably.

“Cooperative learning” has held the “educational throne” since back in the 1990s.  That was when the CPM series (College Preparatory Math) series was  introduced for teaching Algebra and Geometry (two-year program).  All the CPM  teachers were required to attend workshops to learn to teach using “cooperative groups”.  I actually liked the problems in the CPM books better than the traditional algebra series.  The  groups would work for awhile, but eventually the majority of students had to be taught in the traditional way with a teacher explaining the problems.  I remember one student’s response to a question about how their group worked together to solve problems.  He said, “Stanley and I solve the problems  and Michael copies our work”.  Some teachers even allowed tests to be done in cooperative groups.  Not my idea of being fair.  A child like Michael would get an A because of two other smart boys in his group.  I always gave individual tests to determine grades.

A future where Artificial Intelligence machines will take most jobs is difficult to ponder. I think that human nature craves social contact with other real people so the machines will never take over completely.  It was theorized that teachers would be replaced by computers quite some time ago, but so far that hasn’t happened. My grandson in kindergarten has an iPad with which he can play educational games during free time, but the teacher still does traditional activities with the group. They have their designated places sitting on a rug listening and doing activities with the class as has long been a kindergarten tradition.  Similarly doctors and nurses will use machines increasingly, but I doubt that people will want the human provider eliminated completely. However, robots may soon be doing sales jobs and driving trucks and cars. And we may see the streets and highways filled with self driving cars in our lifetimes.

View all posts by Jeannette Luini →