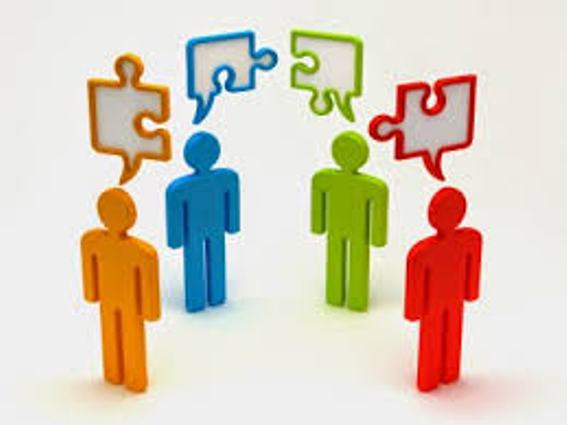 In an effort to gauge the amount of information that might be shared with OVA members I attended some recent committee meetings with agenda items involving the golf course sale.

At the Oakmont Community Development Committee (OCDC) meeting on April 11 there was to be a report on the status of discussions on the golf course sale and a discussion of legal limits of OVA involvement.

Those in attendance were informed again by OVA Board Vice-President Tom Kendrick that no decision had yet been made and that all OVA Board members and Treasurer Elke Strunka had signed the non-disclosure agreement.  He also said that no purchase decision would be made without disclosure of full financial information to OVA members and a thorough airing within the community of what the options are and exactly what the costs might be.

Asked by OCDC Chair Hugh Helm whether this demonstrated an interest on the part of the board to consider purchasing the golf courses, Kendrick replied, “We are assuming that we will do something.”  He reiterated that the board needed to see the confidential data first.

Asked about the timing of any potential sale, Kendrick said that the due diligence period for a commercial property transaction is generally about 6-8 weeks, allowing “ample time” to inform OVA members of purchase conditions, budget forecasts and the like.  It was not clear if detailed information will be shared prior to any possible vote on a purchase by OVA members. The board’s current thinking on this is that any vote, if needed, would occur before June.

A committee member asked if the OVA Board had received a legal opinion on whether OVA as a tax-free corporation could be involved in commercial activities of owning a golf course.  Kendrick replied that there are limits on the amount of income a non-profit corporation can have that are not associated with its non-profit purpose. He then pointed out that OGC has had no real profits for years so it might not be an issue, as if this was an advantage of such a purchase.

An OVA member in attendance asked how much OVA was prepared to borrow to finance a purchase of the OGC.  Kendrick said that they were still “assembling the numbers” and looking into the issue – so nothing new was learned about this question.

Later the same day the OVA Finance Committee addressed many of the same issues. The same disclaimers were invoked regarding their inability to share relevant information with the OVA membership prior to any purchase of OGC by OVA.

It was learned that the golf subcommittee of the Finance Committee formed earlier this year had submitted an “analytical framework” to the OVA Board for its use in deciding an “acquisition strategy” if the Board decides to make a purchase offer. The provided framework could also be used by the Board to determine impacts on OVA dues. Finance Committee member Alan McClintock, speaking for the subcommittee, said none of the numbers could be divulged because of the non-disclosure agreement.

I asked McClintock if one of the options or scenarios in the “framework” involved structuring a loan and loan payments in such a way as to avoid the legal thresholds requiring a member vote. (These thresholds are any special assessment of greater than 5% of annual budget – around $215,000 – or annual dues increases of 20% – $15 this year.)  He replied that this scenario is definitely part of the framework and that they took all of that into consideration in their analysis.

However, this leaves open the question as to how any private information the members of this subcommittee may have by virtue of their OGC membership may have clouded or affected the “framework and analysis” they provided to the OVA Board.

And it remains to be seen how a thorough airing with the community of the options and the costs of OVA purchasing the OGC can be achieved within the timeline that is being contemplated.  The best estimate given is that OGC will review any offers it receives sometime in May. While a vote of the OVA membership is still entirely speculative, according to the OVA Board it would likely occur before June.

From this timeline it is apparent that any OVA member vote would not occur before the OVA Board has already made a decision to make a purchase offer and little if any additional information will be shared regarding the details of any purchase offer and impacts on dues or special assessments within this time period.