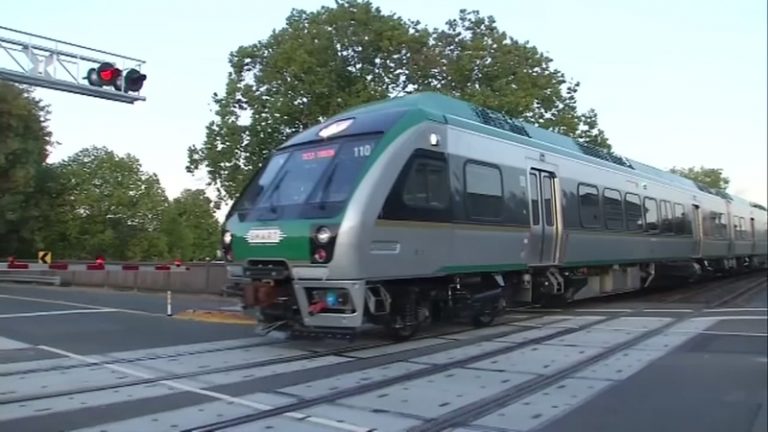 Voters are being asked whether or not to extend taxpayer funding, to provide around $2.4 billion over 30 years for the Sonoma–Marin Area Rail Transit (SMART) system.

The problem is that one can’t really make a good decision without quantitative projections of future costs and benefits that are essentially impossible to obtain, although the official ballot pamphlet does provide data about SMART ridership and some cost data from its first year and a half of operation.

Very long threads on NextDoor indicate a very high level of public interest, in and beyond Oakmont.   Posts like the following, extracted from a NextDoor thread, provide some data that is of legitimate concern:

I am directly involved in this project. It’s a bag of garbage and always will be. The overhead each year to run this project is 30 million. Tickets sales are 4 million. We make up 26 million a year for them to operate. They want to extend this tax for another 39 years… so that my kids will have to pay for it. By that time all cars will be automated and the whole point of the train will be worthless. Don’t be fooled by this measure. I am high up in this organization and it’s robbery to continue this… should be criminal.

At Councilperson Roger’s public coffee meeting he acknowledged that ridership fare is only anticipated to be 16% of operating cost budget.
______________

It is not so much a matter of worrying about a 30-year 1/4% sales tax increase, as whether or not it is the right thing to do.

One reason for having SMART is to reduce congestion on 101, thus saving commute time. But having the public subsidize the convenience of a large number but still minority of people who choose to live so far from their work is not actually fair — we taxpayers would be paying people to have long commutes and to use energy in that way!  And with the worst kind of regressive tax (sales tax), meaning that poorer tax payers would pay a larger percentage of their income to support SMART than would the better off tax payers who are actually riding the system. At least, in the status quo, long-distance commuters are paying for their decision with their own money and time.

Another, and better reason, for having SMART is if it saves energy, which then corresponds to saving carbon emissions, reducing global warming, etc. But the cost of operating the system is correlated with the amount of energy it uses (as well as personnel cost and a lot of other things — it is complex). If it is really costing taxpayers $100 per passenger round-trip, as stated in the Argument Against Measure I in the ballot pamphlet, then that $100 represents a substantial amount of energy usage, possibly more than that passenger would be using if he drove his own car.  The core question, here, is: how much energy and pollution is saved or lost by having a mass transit rail system, vs the status quo? Now AND 10(?) years from now, when the system is up and at full operating capacity? We can’t know with any degree of certainty, but little or no effort is being put into providing that information to us, except by opponents of the measure, who have their own reasons for exaggerating whatever data is known. The lack of public transparency may be enough for me to vote against the measure! I hope that, between now and election day, some newspaper investigative article provides some answers.

Finally, one should compare alternatives. There are at least three:

Complicating matters is how much money has already been spent on SMART, but is that a good reason to throw good taxpayer money after bad?  If the measure fails, they will still have a few more years in which to improve management and show that the system can be effective, before they run out of taxpayer money, and most likely another measure will be on the ballot in 2 or 3 years.

If anyone is aware of credible quantitative analysis that would contribute to this voter decision, please post a reference to it in the comments.

A final note about who is funding the YES on Measure I and the NO on Measure I campaigns.  According to an article in the Marin Independent Journal last week, Molly Gallaher Flater, chief operating office of Gallaher Homes, has contributed over $1.2 million, or over 99% of the amount received by the NO on Measure I campaign.  Her support is openly noted on the bottom of the NO on Measure I flier that came in the mail today.  Less well publicized has been the fact, noted in the referenced article, that the YES on Measure I (“Stay Green, Keep SMART”) campaign has received $1 million, over 90% of their total, from the Federated Indians of Graton Rancheria, which owns the Graton Casino not far from the SMART station in Rohnert Park.  That casino obviously has a lot to gain from publicly subsidized transportation that will make it easier for people to get to their location.  Something just feels wrong about moneyed interests waging a PR battle over whether or not to impose a regressive 30-year tax, costing the public $2.4 billion, in order to increase their profits — it feels like a reverse Robin Hood effect!

Addendum February 16, 2020:  Two articles addressing the issues around Measure I have appeared since this article was written:  In Measure I tax renewal, SMART train faces critical test with voters in the Press Democrat, and Vote NO on Measure I  in the Oakmont Observer.  The latter article, written by a PhD in Urban Transportation Systems Planning, provides numbers which strongly indicate that Measure I is a bad deal for tax payers and for the environment.  The author also provides a much longer environmental analysis, Estimate of SMART’s greenhouse gas savings.

Share this page:
Posted in Opinion and tagged election, SMART, taxes, train
← Town Hall for Los Guilicos Shelter QuestionsVote NO on Measure I →