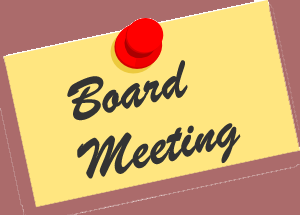 October 15:  Update from the preview article published yesterday.  Board discussion and actions are shown in italics.

OGC update:  In response to an Open Forum question, the Board stated that negotiations on the details of the OVA-OGC purchase are continuing, and that only after negotiations are complete and the purchase contract signed will the 90-day due diligence/escrow period begin.  This means that the purchase cannot be complete until at least mid-January.

The intent of this article is to give a short preview of tomorrow’s Board meeting, highlighting a few agenda items that may be of particular interest to OVA members.  Information is taken from the Board Meeting Packet, and page numbers are those listed at the bottom of each page in that document.

Agenda item 4.A. [pp 1-4] Approval of a Solar and Electric Vehicle Club, whose purpose is “To provide information to install home solar & EV chargers, and assist transition to EV”.  Because this is part of the Consent Calendar, there will probably be no discussion.

Agenda item 9.B. [pp 46-51]  CAI-CLAC Resolution.  This refers to a proposal initiated by the General Manager to donate $3,200 to the Community Association Institute California Legislative Action Committee (CAI-CLAC), with the primary goal of opposing SB 323, a bill just now signed into law by the Governor and which will go into effect January 1, 2020.  The law was promoted by the Center for California Homeowner Association Law, a group of housing and consumer advocates.  It has been vigorously opposed by Adams Stirling.  It is predicted to have impacts on all HOAs, including both OVA and sub-HOAs within Oakmont.  The resolution was proposed to last month’s Board meeting, but was deferred when questions were raised about whether or not such a political contribution was legal under OVA governing documents.  The issue may be moot, considering that the bill has been signed into law.

Discussed but no action taken.  Asking Adams-Stirling for an opinion on whether or not making a donation would be allowed under our governing documents was not considered appropriate, considering that OVA’s attorney is also the leader of the CAI-CLAC.  Board members and OVA members at open forum expressed doubts that such a donation would be consistent with OVA governing documents.

Agenda item 10.A. [pp 52-84]  Bylaws Committee Appointment.  Only the resolution itself, p. 52, is included in the member version of the meeting packet, so members have no way of knowing what is on pp 53-84 of the full packet.  Some OVA members will be concerned that the resolution is written as if the Bylaws Revision Committee, which included some of the most respected leaders of the Oakmont Community, had never existed and had never spent months of tedious work coming up with recommendations to the Board, which were delivered this past May.

Resolution passed.  Much discussion, with objections raised by four Bylaws Revision Committee members and others to the apparent fact that BRC recommendations are being ignored.  Board members responded that the BRC recommendations were delivered to Adams-Stirling for review, but that Adams-Stirling recommended starting with the current (as revised in 1992) Bylaws, and Tom reported that their resulting draft included little or none of the BRC recommendations.  Steve asserted that the job of the new Bylaws Committee (Steve, Tom and Carolyn) would be to decide how to incorporate BRC recommendations into the Adams-Stirling revision draft.  Concern was also raised that (1) the Adams-Stirling draft was not included in the member meeting packet and (2) the process seems to be that the executive committee will decide what revisions to make to the Bylaws behind closed doors, only holding town hall meetings for OVA input after essentially deciding what to do.  Tom’s response was that the Adams-Stirling draft is “not ready for prime time” and will never be voted on by OVA membership, but others feel that this pattern (decide what to do in private, then use town halls as window dressing to claim transparency) is anti-transparent and does not provide adequate opportunity for OVA member input.

Agenda item 10.C. [pp 93-130]  ASA Proposal. The resolution would approve the business plan for the Aid for Sub-Association effort, as presented to the Board on July 16, including the hiring by OVA of a “Sub-Association Board Advocate”, whose full-time job would be support of sub-association boards (see p 107).  The ASA Proposal estimates total costs to OVA of somewhat over $200,000 per year.

Resolution not passed — action deferred until the ASA Committee decides on specific recommendation.  Much discussion, but no one on the Board or in the audience advocated immediate funding of the ASA business plan.  Noel suggested that, if OVA is to consider adding to its staff functions, a priority list of possible additions should be developed before any funding is voted on, e.g. paid treasurer, activities directory, fire safety staff member, etc etc. Several OVA members spoke strongly that OVA and other HOAs should not be expected to pay for HOAs who didn’t have the wisdom to provide adequate reserves. It was pointed out that money is not the only problem — a major problem is getting people to serve on Boards. Not an easy issue, no matter how you look at it.

Agenda item 10.D. [pp 131-138]  Comcast Proposal.  Working through OVA’s billing contractor, MFC, OVA has solicited  a proposal from Comcast which would reduce the cost for Internet and Cable TV for OVA members.  See p. 132 for details.  The contract would go into effect on Jan 1, 2020.

Resolution passed to continue to explore the Comcast proposal.  In discussion, it became clear that the Comcast proposal requires that OVA pay the quoted rates for 3200 homes.  OVA would, in turn, bill OVA members in order to cover the costs, but how this would all work is still unclear.  Please note that the Board has NOT made any commitment to Comcast at this time.  The Comcast offer would seem a bargain as an alternative to individual contracts with Comcast, but many Oakmonters use other providers and would have to either switch to Comcast or pay both their current providers and OVA for the Comcast charges.  A director pointed out that, if it was not approved immediately, it could not be part of the 2020 budget, so “to become effective with the 2020 budget” was struck from the resolution before passage.

Agenda item 10.E. [pp 139-143]  Harassment Policy.  The proposed policy would be created to fulfill CA laws.  It is not stated, but this policy might be expected to replace the existing OVA Employee Abuse Policy.  The resolution is to set up an executive committee of Steve, Tom and Heidi to review the draft policy (created by Adams-Stirling for OVA) and bring their results to the Board.

Agenda item 11. Review [p 146]  Minutes of Communication Committee, Aug 22, 2019.  Item III.  Point Counterpoint Discussion.  Steve Spanier proposed “space be allotted to allow Oakmonters a voice on the handful of issues where there are strong sentiments pro and con”.  An encouraging move in the direction of fair coverage of controversial issues.

Agenda item 11. Review [pp 148-149]  Minutes of Oakmont Long Range Planning Committee (LRPC), Aug 19, 2019.  Coverage includes LRPC’s efforts in Aging in Place, and Solar, both of which will provide important future direction for OVA.  [pp 150-152]  Minutes of the LRPC Solar Subcommittee, Aug 20, 2019.  [pp 154-155]  Community Solar Project.  Describes subcommittee planning for residential rooftop solar and community solar power for Oakmont.  In particular, the community solar would be implemented within the next year to provide continuing power to Berger and the east and west rec centers, in the face of a possible PG&E power blackout.

In order to stay informed about activities that will impact all of us, OVA members should review the OVA Board meeting packets when they come out.  As shown by the very limited highlights above, there are lots of things going on.  This article is far from comprehensive.  For more complete details, you should review the meeting packet itself.  If you would like the Board to know how you feel about any issue, you should show up at the Board meeting, or Email them at BoardOfDirectors@oakmontvillage.com .

Committee minutes have been included in the list above, because committee work is important and the only way to know what goes on in the committees, other than attending their meetings, is to review their minutes when they become available.  Some committee publish their minutes on the OVA committee web pages, where you may find them sooner than they will appear in OVA Board meeting packets.

View all posts by Oakmont Forum →