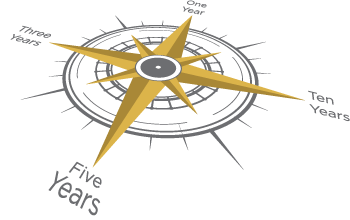 The Oakmont Village Association LRPC met today. The meeting was chaired by Jan Young and the committee members there included Herm Hermann, George McKinney, Jim Ouimette, John Williston and Jess Marzac. Marlena Cannon is also on the committee, but was unable to attend. OVA Board of Directors liaison Al Medeiros and General Manager Kevin Hubred attended, along with guests Jim Brewer and myself. Note that this article is my report from having attended the committee meeting as a guest, and is not minutes of the meeting.

After opening the meeting, Jan announced that Gary Caldwell is resigning for personal reasons, and there was a brief discussion about the need add a replacement to the committee.

The Survey Subcommittee reported on a small interview survey of about 25 Oakmont “leaders”. A key question in this survey was “Why did you move to Oakmont?” The word frequencies in the free-form responses were analyzed by a computer program that produced a graphic in which the prevalance of a word was represented by its size. The result was that the 3 most common reasons for the survey participants moving to Oakmont were activities, family and beauty.

One of the goals of the LRPC is to explore the meaning of “Oakmont is a premier community.” But interviewees did not appear to consider Oakmont facilities as premier – Oakmont’s location is considered premier, but our facilities are viewed as somewhat shabby, and a common sentiment, especially with respect to Berger, was “Can’t you just replace the carpet and paint, and worry about fancy remodel plans later?”

A few demographic statistics about Oakmont, obtained from a database maintained by OVA staff, were reported. In the past seven years, about half the homes purchased were bought by couples, and 34% were bought by single women – women are a large majority of the residents served by OVA. Rentals account for about 25% of all homes, and that figure has been slowly rising for decades. There was a little discussion of cases where homes are owned by parents or children of the residents, and a common case where a resident owner in Oakmont owns another home in Oakmont. The discussion around these statistics concerned who the typical resident is that the Long Range Plan should serve.  A common thread was the desire to have a vision of what Oakmont should look like ten years from now.

The Comparison Subcommittee, which is tasked to compare Oakmont with similar communities, reported plans to visit other HOA communities. There was some discussion among committee members who had done a similar activity in 2014, including a site visit to Rossmoor. The point was made that it is difficult to compare facilities, because there are substantial differences other than capacity; e.g. a deluxe auditorium with superb AV equipment and theater-style seating, vs a utilitarian multi-use auditorium such as Berger. Someone recounted some of the features of Rossmoor, including a Long Range Plan that is taken as a very serious guide by the Rossmoor management. This was contrasted with OVA and OGC past Long Range Plans, which have been largely ignored by their respective boards.

In the case of OVA, the turnover of Board members is one challenge to any Long Range Plan. OVA’s facility improvements were described as piecemeal, never part of a larger plan. The hope was expressed by several committee members that the LRPC can produce a Long Range Plan that will actually be read and followed, as a useful guide for setting priorities. Al expressed the Board’s desire for a plan that would be wholistic, considering, for example, the Berger and CAC as part of a central complex, and coming up with a plan that includes the future of both, rather than feeling bound by prior plans to remodel the CAC in 2019 and the Berger in 2020. He also described the current fire-related difficulty in getting ERC permits approved, which continues to delay start of construction.

The OGC Subcommittee discussion went over desired subcommittee activities, including a more extensive review of golf industry reports than was done in 2014, consideration of local market conditions, and inclusion of more subcommittee members with different perspectives. There was a bit of back-and-forth, with a general consensus that some golf presence should remain in Oakmont, but not necessarily as it is now. Someone pointed out that OVA could really use more land, and there is nowhere to get it except from the golf courses. And it was suggested that any OVA funding of OGC should mean that OVA also gets to participate in OGC’s long range planning. The group recognizes that the presence of the golf courses is not something that can or should be ignored – there has to be long-range planning that includes them, even though there is currently no legal connection between OVA and OGC.

After the subcommittee reports, there was significant discussion about just what the LRPC should produce. Consensus was reached that one primary product of the LRPC should be a set of prioritized “Strategic Intents”. Possible examples are “Seek a long-term synergistic relationship with OGC” and “Set a standard of maintenance for all OVA facilities.” Three to six long-range Strategic Intents, representing overriding issues, would guide the OVA Board in making major decisions. A need to estimate costs of future expenditures (such as Berger and CAC refurbishment) was noted, along with an LRPC need for guidence from the Board as to how much funding would be available. Along with the long-range Strategic Intents, committee members also discussed the need for short-range priorities, to guide the Board and the General Manager in such things as a standard of maintenance for keeping Oakmont facilities attractive for today’s residents, as well as planning for tomorrow’s.

It was agreed that the next LRPC meeting would be a brain-storming session, with free expression of ideas, to come up with candidate Strategic Intents. Jan was asked to find a facilitator to help make that meeting more productive.

At that point, the meeting was adjourned.

Finally, a few personal impressions: Generally, I found the meeting format and content to be very effective, and I appreciate that not sticking strictly to a formal agenda and Robert’s Rules freed the members to brainstorm very productively. That is dependent, of course, on members’ mutual respect and the fact that all members were interested in what the others had to say — things that are not always present in meetings! At this point, I am optimistic that the LRPC will do great things, if it is able to interact with the OVA Board to come up with a long range plan that the Board accepts and follows.

Share this page:
Posted in News
← A Home Is Not A HouseOVA Safety Issues – Berger Seismic Retrofit Set to Begin →