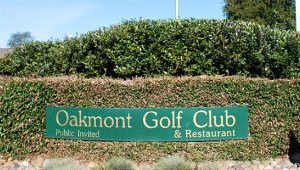 According to “A Resolution to Establish an Ad-Hoc Oakmont Golf Club Committee” to be taken up by the Board of Directors tomorrow, December 18:

“Whereas individuals from the BOD and the committees have expressed interest in working together as a chartered Ad-Hoc committee (initially including, but not limited to: Tom Kendrick (BOD), Carolyn Bettencourt (BOD), Elke Strunka (Non-director OVA Treasurer), Hugh Helm (OCDC), Dave Johnson (OCDC), Jan Young (LRPC), and George McKinney (LRPC)), be it resolved that:

“The Board will establish the ad-hoc Oakmont Golf Club Committee (OGCC) whose primary purpose is to coordinate discussions, negotiations, and proposed actions that might be undertaken by OVA and to ultimately recommend to the board courses of action regarding the OGC.”

Applying Greg Gewalt’s proposed criteria for the creation  of this ad hoc OVA committee on golf would ameliorate critical flaws, whether designed or coincidental, that have crippled and undermined the BOD’s approach to the issue thus far. Among them:

OBJECTIVITY: whether because of the arguable affiliation of some BOD members with OGC, or the speed with which the new Board took up and gave time and focus to the OGC request for funds, or because of the arguable affiliation or imbalance in viewpoints or interests of OVA-OGC negotiating team members, the establishment of this OVA committee represents an opportunity to structure a committee whose balance and objectivity is beyond reasonable challenge.

DUE DILIGENCE – the establishment of this OVA committee represents an opportunity firmly to ground OVA’s approach to its ultimate decision-making in deliberate and publicly accessible research, the insight of expert opinion, the discernment and consideration of the views of the resident member community, and the time needed to achieve a comprehensive view of the problem and the range of alternative solutions.

FOCUS ON OVA INTERESTS – the BOD’s efforts to date have been plagued and consistently undermined by the perception that it became too-early immersed in responding quickly to OGC’s loudly expressed but poorly supported and changeable public relations campaign. Potential financial transfers – such as reimbursement for asserted OGC water management contributions to Oakmont – seemed to garner the support of OVA representatives before there was a full exploration of the problem or even an accurate appreciation of the legal basis for water management responsibilities.

As a result it has seemed from the outset that OGC was in the driver’s seat demanding an OVA response to OGC “wants” when the BOD’s focus should have been squarely and solely on determining and advancing OVA’s interests as they attach to golf operations. The establishment of this OVA committee represents an opportunity appropriately to ground OVA’s approach to its ultimate decision-making in a determination of and in a program to advance OVA’s fundamental interests.

TRANSPARENCY: many of the candidates for this BOD expressly pledged transparency in conducting OVA business. Regardless of one’s perspective on various issues, the Board has made tremendous, laudable efforts to provide information and to open up dialogue between the Board and the resident member community and within the community.

The glaring exception has been in processing the golf issue, which virtually everyone agrees has been veiled in and crippled by secrecy, with all the adverse inferences that secrecy in such a process inevitably generates. Reasons offered have varied from ‘we were elected and this is the Board’s sensitive and proper responsibility: you’ll just have to trust us’ to ‘for better or worse, we signed the Non-Disclosure agreement to secure financial information and now cannot reveal anything to do with OGC financial needs.’

But the financial sustainability of golf operations is THE central question. OVA’s processes addressing that question simply must be made substantially more open and transparent – and inclusive of resident member input – in order for the outcome, whatever it may be, to be acceptable to OVA’s stakeholders, the resident member community.

THEREFORE the establishment of this OVA committee represents an opportunity, probably the last, best opportunity, to ground OVA’s decision making on the golf question in an open, regular order ad hoc OVA committee having a regular charter, with regular appointees, with meetings open to all, with minutes, culminating in a report and recommendation to the Board of Directors.

This is a most propitious moment in the unfolding of the Board’s approach to the golf question. One hopes that the characteristics perceptively identified by Greg Gewalt – characteristics that have promise for correcting virtually all of the weaknesses of OVA’s processing to date — will be adopted and applied by the BOD as it structures, invites nominees, and names this critically important committee.

Share this page:
Posted in Opinion and tagged Board Votes, Oakmont Golf Club, Oakmont Golf Course, OGC, OGC Subsidy, OVA
← ShredathonAcquire the Assets and Lease it Back to OGC →