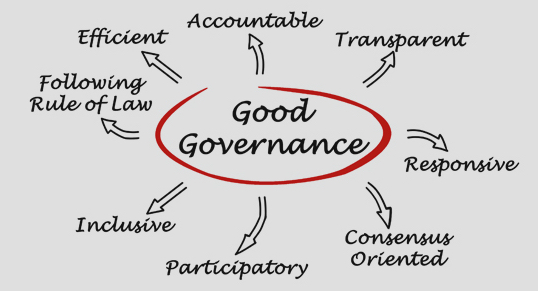 Regarding Bylaws, the Berger and Educating the Community

The following are some interesting points to consider when discussing the above subjects.

No matter what the subject or proposal, most seniors do not like changes to major amenities or operations without a thorough explanation of “WHY, WHEN, and HOW MUCH WILL IT COST”. In the August 2019 vote, 80% of the owners turned out to vote YES on an “above 20% dues increase.” Although there was no mention on the ballot of an OGC purchase, the BOD indicated that a portion of the added revenue would be used for the OGC purchase. In the opinion of many, the vote was based on less than accurate information about the negative outcomes of the proposal and the actual long term financial consequences. Some of those outcomes are finally being revealed and the outlook is becoming part of another story.  Without a full review of the actual needs of the community, those same seniors will hopefully not be willing to agree to any bylaw article changes that could become the proxy for a new Berger.

As for that proposed bylaw change: The proposed amendment to Article XI of the OVA bylaws by the OVA BOD is another less known but consequential issue that should be further debated. The original OVA bylaws were written in 1962 with some amendments made in 1991-1992. The BOD is correct in calling for some bylaw changes and should consider many of the changes submitted by the Bylaws Review Committee (BRC) in its 2019 “red line” proposal of some suggested changes.  It IS time to review and revise some of those 50 year old bylaws, but let us make sure that everyone is made aware of the specific reasoning behind each change before a vote is attempted.

The proposed amendment to Article XI would reduce the quorum needed by the BOD to change other bylaws by allowing a minimum quorum of 25% of the 3204+/- owners and at least a 50%+1 affirmative vote. In a low turnout vote, the amended Article XI could (hypothetically) allow only 12.5% (402) Oakmont owners to dictate some financial and operational procedures for all Oakmont facilities through subsequent bylaw amendments. Although there is an argument to reduce the quorum percentage for “convenience” for minor bylaw changes, a reduction to less than 50% quorum for major amendments could be very risky for Oakmont owners and residents.

The August 2019 YES/NO vote turnout represented an 80% quorum.  A 50% quorum should not be a problem for bylaw amendments that may affect major changes like the number of directors, or the oversight of major projects.   The unintended consequences that with the proposed 25% quorum change to Article XI are unknown. Some changes would be positive, but many negative ones could result.   Added power for the BOD and less participation by the membership are probable negative outcomes.

The lack of knowledge by a large segment of Oakmont residents concerning the actual workings of the OVA has been a problem for many years. Committees were formed to provide coherent data for the membership to comment on, agree or not agree on proposed projects, or just learn about the OVA. Since those committees and all other committees are appointed and supervised by the various OVA Boards, priorities change.  Like it or not, that is the way politics works.

Although previous boards started the practice of providing video of the BOD meetings, the current BOD made the right decision when it started supplying a board packet for members to read before meetings are held. The Communications Committee (CC), Building Construction Committee (BCC), Finance Committee (FC), Long Range Planning Committee (LRPC), and Oakmont Community Development Committee (OCDC) meetings should follow that same practice and be available online (live) or (at least) via an audio record for later viewing/listening for those who may not be able to physically attend those meetings in person or do not wish to be in a close meeting setting. The minutes of many of those committees are often sparse and do not include important discussions or actions that are to be passed on to the OVA BOD for consideration or as recommendations.

Reading the minutes of the last few LRPC, OCDC, and BCC meetings should be a must read for any Oakmonter who would like to gain some insight in the BOD future plans. That includes the May 11, 2020  LRPC meeting and the proposed “AD Hoc Committee for Opportunity Assessment” resolution on the May 19, 2020 OVA BOD meeting.  Questions are being asked about the current board’s proposal for a large investment of the OVA’s membership funds for a new or renovated Berger.  So far, the OVA BOD and its committees have failed to again answer those same three questions (“WHY, WHEN, and HOW MUCH WILL IT COST”), in a clear, concise, and “full disclosure” manner.

The recruitment by the BOD for members to join the CETC, would seem to be a good approach; however, the CETC charter is “to research educational gaps within Oakmont and recommend educational and transparency opportunities to the board.” In addition, meetings of the new ad hoc SDAT (Sustainable Design Assessment Team) should be on-line (audio and/or video) and open to all.  No matter which committees are assembled to discuss the proposed changes to Oakmont,  it is the membership who should be empowered with deciding the scope of those changes, the long term needs, and the fiscal viability of them.

As for participating in the governing and operations of the clubs and operations, there is a limit of how much time senior volunteers will be able to spend on boards or committees in governing those activities. There are also the possible negative “repercussions” that others have experienced when they have been involved. While those “repercussions” were the result of previous serious and outlandish actions by some community members, so far no one has been held responsible. Although a court action is in progress and the outcome is still pending, the real effect on the community volunteer participation may never be known.

With the above, and with the current oversight system in place, it is no surprise that there can be several “views” about how to best run a specific activity or a plan to renovate or build a new building. The typical number who actually volunteer to be involved in the administration has been historically small – around 2-4%. Most who actually volunteer do so because they enjoy the challenge and it is the right thing to do. But, there are others who do so only to accomplish a personal goal.  It is the latter that can get organizations and committees in trouble.

The current status of information outlets for Oakmont residents is a dubious one.  The Oakmont News (ON) is published by the OVA’s Communication Committee which is monitored by the OVA BOD.  The Oakmont Observer (OO) has been a part of that effort but the OO wishes to broaden its scope to more than just problems in Oakmont.  Although the Nextdoor platform may seem to also be an alternative, due to its open format and many politically driven opinions, those adversarial-based comments make Nextdoor less attractive for such a forum. Although there are some consistently valid comments and data by several  posters, Nextdoor has evolved into a platform of personal opinions and comments based on less than reliable facts. (This is a nationwide issue for Nextdoor, not just this area.)  With the above as the backdrop, an added (maybe temporary) informative outlet is needed to monitor and inform the Oakmont residents of  OVA’s activity and intent. The current information system used by the various committees and the BOD has not created the “trusting” atmosphere needed for an informed membership.  That needs to change.

A communication method (web site, blog, print, or by ZOOM, Skype, Teams, Google Meets, etc.) is needed which creates a ”grounds up” community conversation of current Oakmont issues that anyone can contribute to and get an unbiased response/feedback without having to seek permission from the OVA BOD to obtain data or conduct surveys.  The process has been called “community conversations” and includes questions, wishes/needs, suggestions, and opinions on Oakmont issues.  Participants with backgrounds in specific issues or with access to real world data would research the issues and post documented data as a response.  The conversations would not (as much as possible) be confrontational or “anti”, but would be neighbors talking about their concerns and/or the applause of OVA’s administrative decisions.  The “ombudsman” concept used by many cities or public organizations would be a close comparison.

The above may seem to be overly simplistic or unrealistic, but it works when community information is provided in a clearly written format with factual unbiased data.  It could also be a venue that would hopefully become a catalyst that would recognize the good decisions of both the OVA BOD and appointed committees. That would be the best of all outcomes.

Share this page:
Posted in Features, News, Opinion
← Over Ten Years at OakmontAGP: There is NO Good News Here →