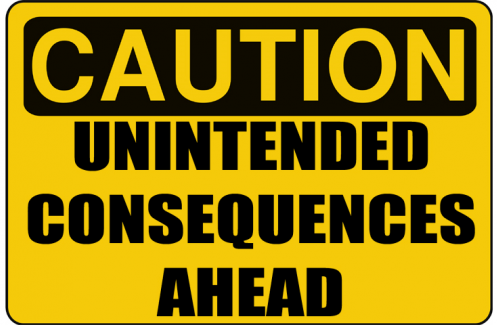 “We want to hear from you, especially regarding the Phase 1 process for amending our bylaws.”

Per the above, please consider the following as part of the OVA’s request for comments on the process for amending bylaws.

Approving the 55 minor changes to the language and legal references as presented by the 2018 BRC should be approved as submitted since there would be no material negative changes to the existing bylaws. Although18 of the remaining 45 are “minor”, they should also be reviewed along with the 27 “major” changes recommended by the BRC ​before​ any votes on bylaw amendments are scheduled.

The significant concern by many of us who question the need to reduce the quorum for bylaw amendments is: “What will the effects be on ​other bylaws by allowing them to be changed by the Board resolution amending Bylaw XI?” It is a valid concern that the current or future boards could choose to amend or restate some articles and changes ​not suggested by the 2018 BRC. In fact, with a lower quorum requirement for amending bylaws, it would be easier for current or future boards to make significant changes to the OVA’s administrative structure. All quorums could be eliminated for voting except for those required by CA codes. Unfortunately, that is what is preferred by the Adams Sterling law firm that advises the OVA Board. Although Tom Kendrick indicated that he would not be receptive to “no quorum” bylaws (except for those required by CA codes), there are others on the current BOD or future boards who would not be bound by Tom’s view of that concept.

In addition to changing Article XI (Quorum for amending bylaws), a few examples of significant bylaws that could be more easily changed with a lower quorum vote are:

Example #2 – Voting​: The BRC has suggested that there may be a need (wish) to revise ​Article 4 to allow for multiple votes for each household with a maximum of two votes in a unit with two or more residents. ​Amending this article would be a major change to the historical voting of Oakmont and needs a full review by the board and the membership.

Example # 3 – Board of Directors​: Per Article 5.2 of the current bylaws, the term of office for board members is set at two terms of 2 years each. The BRC suggested an alternative option could be for a 9 director and a term of 3 years with two 3 year terms as the maximum. A future board could revise those terms or length of terms to up to (example) 4 years with a 25% or less quorum. (if changed per 3.5 above) ​The question is: Should an OVA board member’s combined terms be longer than the current 2 year, 2 term (4 years) limit.? (​Although SB 323 seems to indicate that term limits are no longer valid, that is debatable and may change to something else if legislative or court actions occur.)

The additional articles proposed by the BRC (Articles X through XIII) address administration, capital improvements, and miscellaneous items. Those miscellaneous items include the “project bids” and ‘project management” concerns which have been discussed in many forums over the past few years.

Since there are many examples that could be cited where an amendment, addition, or deletion of a bylaw could have a negative effect on some or all of the community, it is important for the membership to be aware of the possible negative effect or the “unintended consequences” of any change. Those issues should be fully disclosed in any discussions or future town hall presentation.

Much of the online Zoom town hall was centered on a goal of making it ​easier ​to change bylaws. A concern was expressed by at least three board members that it is too difficult to attain a quorum of 50% participation of the membership. However, many of us question whether making amendments to bylaws much easier is a valid goal. Also, why is the 50% quorum level not acceptable since history has shown that votes for directors and assessment increases have had participation levels well over 40% and up to 83%. Amendments to bylaws should be just as important as elections since those bylaws are the foundation of the governing process.

The Phase 1 process should be delayed until a thorough effort is made to educate the Oakmont community about all of the major proposed changes recommended by the 2018 BRC. To their credit, the OVA Board has indicated they “​want to hear from you” ​and they ​are open to a discussion of the bylaw change process. Discussions should also be available to proponents and opponents of the changes through the OVA communications system (Oakmont News, ZOOM, E Blast) as a prerequisite for any voting process for bylaw changes.

Members of the original BRC could also respond (if they wished) to open forums to discuss the reasoning behind the committee’s recommendations to the BOD.

Share this page:
Posted in Features, Opinion
← Letter to the EditorA response to “Pondering the Central Area of Oakmont”, By Tom Kendrick and Marlena Cannon Tremont →