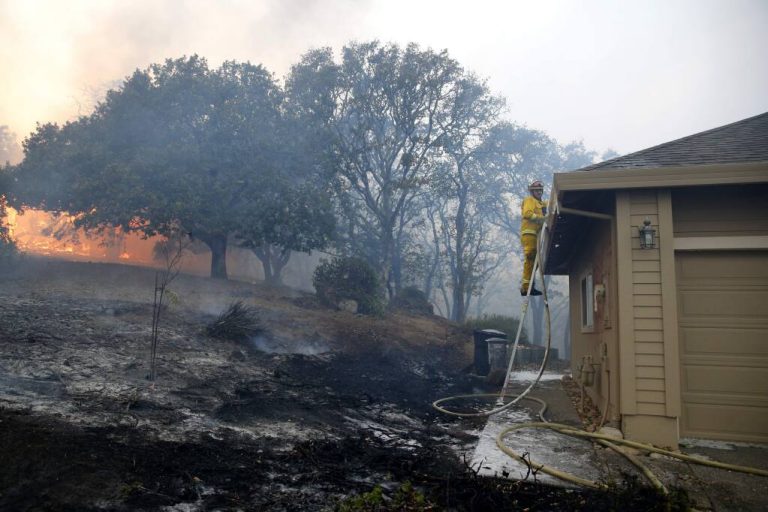 Early in 2018, after the 2017 Nunn’s Fire, the Oakmont Fire Safety Committee was formed.  I was one of four members of that Committee.  The other members were Dan Milhollin, Julie Cade and Warren Bowers.

We put our hearts toward working on the Committee, meeting once and sometimes twice a week, sharing the findings of the research we had conducted, which was focused not only on Sonoma County, but also extended to other counties in California, and quite literally, all over the world.  Our mission was to learn how others handled the threat and experience of wildfires in their areas.

We, at all times, made sure that we were in total agreement about the information which would be given to residents.  Not too many people know this, but our committee, as directed by Kevin Hubred, divided Oakmont in four sections, with each of us choosing a section to document, while walking or driving by each property.

The lists we made were to include egregious amounts of Junipers, trees overhanging roofs, lack of defensible space around homes, overgrown properties and trees and shrubs growing up to eaves.  Both Dan Milhollin and I turned our lists in to Kevin Hubred, general manager.

Christel Antone (Architectural Office) has copies of our lists.  And I still take daily morning walks in “my” area.  I have been saddened to see that most of the properties, noted as being the most alarming to Oakmont, have continued to be so.  In fact, they are worse.

After the FSC agreed on the contents of the “Do Not Plant/Remove” list, I volunteered to be the typist.  I sent drafts to Dan, who had taught high school English before he retired, so he could edit them.  The final list was submitted to the BOD for approval

I suggested to the Committee members and Kevin that we could not tell Oakmont residents what they could not do, without giving them positive information in the form of a “Suggested Plants” list.  So, the Committee went back to the drawing board.  We followed the same process with this list as we had with the prior one.

Once again, I was the typist and Dan was the editor.  When we felt we were close to being ready to publish this list, Dan and I sat down at his house to go through the document with a fine-tooth comb.

We had stacks of gardening and plant books on the table.  Dan was a Master Gardener, so he was a great resource.  It took about 5 hours to complete our task.  The final list was submitted to Kevin.  I, quite honestly, don’t know what became of it?

One event which I have not shared with many folks, maybe only a handful, is that one day, while Dan and I were in the OVA Office on another matter, we noticed that Kevin Hubred was alone in his office, so we decided to talk to him.

Dan asked why he (Kevin) had not made sure that the articles, such as the list about what not to plant, how to harden one’s home, how to create fire safe landscaping and other FSC topics would be featured front and center of each issue of the Oakmont News, as Kevin had promised they would be.

Kevin said that Agnes Reznikov (publisher of the ON) made those decisions.  Dan’s anguished response was: “Kevin, we are talking about people’s lives here.”  But we received no answer – only a not listening look that we had, unfortunately, encountered before in FSC meetings.  Dan repeated his comment with tears in his eyes.  Silence followed.  We left.

We all kept each other going when one of us would become depressed, dejected and discouraged.  Dan told me he would never serve on another Oakmont committee.  I could tell his heart was broken.  He kept his promise.  He died a month later from a heart event.

It bothers me that a whole year was spent and nothing came of it?  Today a new committee has been formed under Iris Harrell’s leadership.  The wheel is being reinvented.

Recently, I sent Tom Kendrick an email saying that Oakmont could have been much further down the road as to fire safety, if the FSC had been taken seriously back in 2018-2019. Residents could have been spending what they could afford, prioritizing along the way according to what CalFire recommends.

View all posts by Brenda Steele →