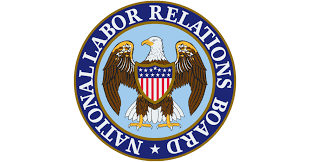 The OVA Candidates Forum was held on 02/26/2020. Since there were no added candidates only the four sitting members of the OVA BOD responded to the Candidates Forum. None of the four mentioned any problems with any issues concerning the AGP, OGC, OVA complaints. No mention was made at any of the several subsequent Open meetings. Was that protecting the OVA and a fiduciary effort or something else?

It makes one think that there should have been at least some mention of a possible legal issue since it  was public information and not protected. Although the above data was/is available on the NLRB website,  unfortunately, the OVA membership was not made aware of the complaints (we trusted the BOD).  Had that information been uncovered and made public, would that have prompted other candidates to ”throw their hats in the ring”?  Maybe or maybe not, but at least we would have questioned the incumbents about the status.

The above is just one of the reasons why many of us still are not convinced of the BOD’s actual intent in many areas of their tour. Without pertinent Information and appropriate disclosure, the membership will be in the dark. That is not a way to run an organization that needs the trust of its members to survive.

The following may have no bearing on the current actions filed with the NLRB and it may just be my curiosity of why Spanier is so concerned. I hope the issue is not that serious. If not, the future of golf will again be a concern to all of us in Oakmont.

For some reason, golf courses seem to be subject to NLRB complaints from Labor Unions. CourseCo, American Golf, ClubCo, and even Troon Golf have had complaints filed with the NLRB from labor unions in CA. during 2020 and 2019.

There are several standing decisions regarding unfair labor actions that occurred when one party refused to hire employees from a purchased or restructured organization. Example: OGC to OVPC, or OVPC to AGP, or both. A 1979 decision (​Love’s Barbecue Restaurant No. 62)​ still remains a “landmark” in this type of dispute.

The OGC and Empire Golf dba Oakmont Golf Club had several NLRB complaints filed from 2005 to 2019. I would guess that the OVPC was aware of those complaints. There were no written decisions but I am sure there were legal costs. CourseCo also had a few similar NLRB complaints with one or two resolved. That usually means they lost the case. Maybe this is a bigger issue than perceived by the OVPC/BOD.

In 1972, the Supreme Court ​held​ in NLRB v. Burns International Security Services, Inc. that a successor employer can ordinarily impose new terms and conditions before bargaining with the incumbent union. But, in dicta that has led to much litigation, the Court observed “there will be instances in which it is perfectly clear that the new employer plans to retain all of the employees in the unit and in which it will be appropriate to have him initially consult with the employees’ bargaining representative before he fixes terms.”

In 1975, the NLRB had occasion to interpret that dicta in a case that had been remanded by the Court in light of Burns. In Spitzer Akron, Inc., the Board held that the phrase “plans to retain all the employees in the unit” clearly covers “not only the situation where the successor’s plan includes every employee in the unit, but also situations where it includes a lesser number but still enough to make it evident that the union’s majority status will continue.”

Then, in 1979, in Love’s Barbecue Restaurant No. 62, the NLRB held that when a would-be successor illegally discriminates against the predecessor’s employees, “any uncertainty as to what [it] would have done absent its unlawful purpose must be resolved against [it] since it cannot be permitted to benefit from its unlawful conduct.”

​ And thus, a successor found guilty of illegal discrimination is not entitled to set initial terms of employment without first bargaining with the incumbent union, and it must retroactively restore the predecessor’s terms. All seven circuit courts that have considered the issue have upheld this Love’s Barbecue remedy.

The NLRB has previously explained that the ​Love’s Barbecue​ remedy is necessary to prevent a law-breaking employer “from enjoying a financial position that is quite possibly more advantageous than the one it would occupy had it behaved lawfully.” Without the ​Love’s Barbecue​ remedy, a nefarious employer could illegally refuse to hire enough of its predecessor’s employees to avoid an initial duty to bargain, it could slash the wages and benefits paid by its predecessor, and enjoy the benefits of those reduced wages and benefits for years until it is finally ordered to bargain with a much-weakened union.