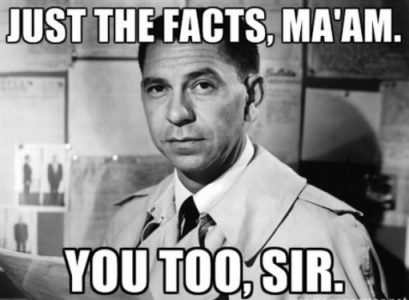 As the issues surrounding the sale of the Oakmont Golf Club (OGC) and golf courses are discussed and presented to the Oakmont Village Association (OVA) community, facts and not fear should be the guiding principle. It is unconscionable to put OVA members in the position of participating in such a momentous and possibly perilous financial decision while appealing to emotions rather than presenting factual reasoning.  This is not a prescription for making the right decisions.

And we all need to be dealing with a common set of facts, all of which should be shared with the community being asked to provide the money to finance any such decisions.

Early in the discussion we were told that OVA members could contribute $5 or $10 per month in dues as a way of rescuing the golf club as if this were a long-term solution and not a temporary stop-gap. Many perceived this as throwing good money after bad while only prolonging the inevitable and it was rather quickly withdrawn.

We were told that there was serious danger of homes on the golf course flooding because the OGC could not pay to maintain the drainage creeks and that OVA should step in.  The heaviest rains in memory over this past winter demonstrated the fallacy of this claim.

We have been told that our property values will suffer to the tune of hundreds of thousands of dollars if the golf courses fail. These dire predictions have not proven to be true at other failed golf courses such as a Adobe Creek in Petaluma, where home sale prices have risen since the closure of the golf course.  And yet the relatively rural hills and plains near Highway 101 that exist in Petaluma do not compare with Oakmont’s location in the beautiful Valley of the Moon.

We have been told that weeds, blight and rodents will infest the former fairways. Leaving aside that Oakmont sits next to the large open spaces of Annadel State Park and open space fields on every side, this bit of negativity is at odds with the experiences at other recently closed nearby golf courses. Open space can be maintained at a reasonable cost.  The Oakmont Observer solicited quotes from two licensed vendors who maintain open space in Sonoma County. They estimated that it would cost $56,000 – $70,000 per year to mow 225 acres twice annually, once in late spring and a second time in early summer.

We’ve been told that a developer could purchase the OGC and build houses and townhomes all over the fairways. This is merely speculation and another questionable scenario, as will be discussed below, yet very effective in fear mongering.

Oakmont resident Mike Sheppard was a Senior Planner for the City of Santa Rosa for 30 years, a city employee who dealt in facts over the course of his career.   He told the board and the members at the March 5 board workshop:

“A developer would have a very, very, very difficult time coming in here and actually applying for housing on the golf course and building it.  Number one, they would have to change the zoning, they would have to change the General Plan. That process in itself would take almost two years to do, if they could do that.  And, again, if they were to do that they would have to go through public hearings and everybody that lived in Oakmont would have a chance to voice their opinion on that. And chances are that once they (city planners) saw some drawings of what that would look like, what the traffic would bring from that, what the development of those courses would actually be, they probably would vote against it and it would never happen.”

The PC (Planned Community) zoning that covers Oakmont is more than just a planned community, it’s a very specific planned community, according to Sheppard.  It has a policy statement that goes with it that spells out exactly what is supposed to be developed and includes a building density that is very specific. It is shown on the city’s general plan as being recreational open space with low density residential development. To make such a change to the General Plan and zoning one would have to make a successful argument that the existing zoning was not applicable.

And on top of that, all of the roads, storm drains, sewers and utilities were planned for the size of the current development. “If you add homes to the planned density this infrastructure starts to break down,” says Sheppard.

Another planned feature of the community is that most of the golf course acreage occupies the lower-lying drainage and flood plain for the existing neighborhoods. It is also zoned as parkland in the overall Oakmont Planned Community zoning.

Any significant change to the General Plan or zoning would also have to comply with the California Environmental Quality Act (CEQA).  This statute requires state and local agencies to identify the significant environmental impacts of their actions and to avoid or mitigate those impacts.  CEQA gives the community a voice in land use decisions.

Sheppard pointed out that everything having an impact on the existing community, such as utilities, traffic, emergency access, drainage, environmental impacts and riparian issues involving the streams would have to be considered in a CEQA review of any new development.  Such impacts and the length of time it would take to address them make future development on the golf courses “almost impossible.”

Santa Rosa City Councilman John Sawyer told us that the golf courses have an “open space in perpetuity” designation in both city and county General Plans. Sheppard believes he is referring to the private open space designation that is included in the Oakmont Planned Community Zoning as well as the General Plan.

Now that the OGC is on the market with a broker handling the sale, OVA should step back and let the process unfold without interference.

The OGC membership will have the opportunity to approve any sales agreement. In the event the OVA Board decides to make a purchase offer, OVA members should be provided the same opportunity.

And if at some point in the future a membership vote is planned to seek approval of OVA purchasing OGC the membership needs to be provided unbiased financial analysis, including current and future costs (land and building maintenance, property taxes, any pension liabilities, toxicity cleanup, etc), and related dues increase projections or special assessments.  An honest and realistic presentation should include both potential positive outcomes as well as potential negative outcomes. So far we have only been presented a sales pitch by a motivated seller.

An Oakmont resident who spent his career in land development says, “The business of selling or repurposing golf courses and hospitality properties is one of the most cutthroat land development businesses that I have ever been associated with in my 30 years of development work.”  Let’s not wade into these treacherous waters lightly.