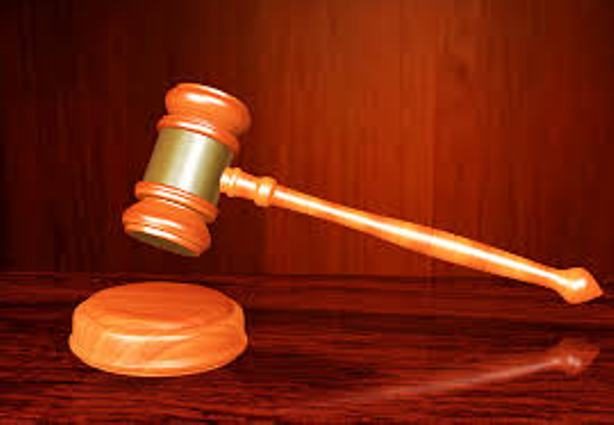 Former OVA Board President Ellen Leznik appeared before Judge Allan Hardcastle in Small Claims Court the day before Thanksgiving to plead the case that the current OVA Board violated election rules in conducting this year’s member vote on raising dues to enable the purchase of the Oakmont Golf Club by OVA.

Ms. Leznik referred the judge to a prior case with similar issues, Wittenberg v. Beachwalk Homeowners Association (2013) and referenced it throughout her presentation.

Appearing on behalf of OVA were Board President Steve Spanier and GM Kevin Hubred.  In his opening remarks to the presentation of the defense case, Spanier stated that they were prepared to show that the claims raised by Plaintiff Leznik had no merit and that she would be unable to connect the claims to the injunctive relief sought.

The violations of election law alleged in this case are listed below, followed by the arguments made by Plaintiff Leznik and Defendant OVA.

The Board Engaged in Advocacy

Plaintiff:  Ms. Leznik informed the judge that she was using the term “advocacy” in the same way the court used it in the Wittenberg case:  “[t]he act of pleading for or actively supporting a cause or proposal. And the verb ‘advocate’ is commonly defined to mean ‘to plead in favor of.’”

The board advocated at the meetings for purchase of the golf courses, often in strong terms and Leznik gave examples of quotes from board members advocating for the purchase.  She called Lynda Oneto as a witness, who provided several quotes from board members at board meetings advocating for the purchase of OGC. Oneto also gave an example of the board president at an official board meeting disparaging a campaign flier distributed by parties opposing the purchase while saying that a flier distributed by parties supporting the purchase was “accurate.”

The cover letter included with the ballot packet mailed to OVA members said that the board of directors recommends the approval of the proposal. Leznik said this was very similar to Wittenberg – in that case the court said that this amounted to advocacy on the part of the board.

Defendant:  Hubred stated that the board did not advocate any position other than informing the members that they are planning on purchasing a golf course.  Though he acknowledged that the board was advocating their “independent point of view for the purchase of the golf course” at board meetings, the full board did not provide any advocacy.  He asserted that each individual director has the right to their own opinion.

Denial of Equal Access to OVA Media and Meeting Rooms

Plaintiff:  OVA media was also used in the advocacy alleged above, both with videos of the board meetings and the Oakmont News and OVA website reporting on the meetings and quoting the directors.  At the same time they refused to allow access to these media by those in opposition to the purchase. Leznik said that there were at least two requests for access to OVA media made by members who were opposed to the purchase so as to respond to this advocacy by the BOD, one of which was denied and the other placed in a back page of the paper.

According to the Wittenberg decision: “This provision [Civil Code Section 1363.03(a)(1)] demonstrates the Legislature’s particular concern that viewpoints opposing the board be heard.”  And: “Thus, to the extent board members advocated their point of view in association media, whether expressing a personal viewpoint, or the collective viewpoint shared by a majority of the board members, the text of the equal-access provision straightforwardly applies.”

Oakmont Alliance, a group of OVA members opposed to the purchase plan, requested the Berger Center for a meeting related to issues surrounding the election.  Civil Code Section 1363.03(a)(2) requires an association to permit free access to common areas for purposes reasonably related to an election.  However, Oakmont Alliance was required to pay a $150 fee for access to a meeting room.

Defendant:  As to the claim of denial of equal access to OVA media, Hubred stated OVA had not allowed any advocacy in their social media, to include the Oakmont News, eBlast emails and the OVA website.  He further stated that Ms. Leznik had a letter published in the August 1 edition of the Oakmont News, which he acknowledged was near the end of the voting period. There was also one other letter that was published on July 1, prior to the balloting going out, according to Hubred.  (In reviewing the Oakmont News archives, the referenced letter was written by Nick Beltrano, OGC member and vocal advocate for the purchase of OGC by OVA. It was printed in the usual location for letters to the editor on page 3 and included the statement “I believe the Board of Directors has earned the support of the community with a yes vote on the dues increase.”)

In terms of the denial of access claim regarding use of public meeting spaces free of charge, Hubred referred to a new policy that came into effect where OVA has the authority to charge for setup of the tables and chairs in the room.  He said that they could not have anybody “who is not part of the association” use the facility without charging the setup fee. He did not offer any evidence that those requesting the room under the equal access rule were not members of the association.

Plaintiff:  Leznik alleges that OVA was determined not to provide a vote to the membership via this petition.  They relied on an opinion by the association law firm that no vote was required. Interestingly, a couple of months later this same law firm (Adams Stirling) said in its newsletter that the purchase of a golf course requires a membership vote.  As it turned out, the raise in dues necessary to purchase the golf courses would require a vote under Davis-Stirling. In addition, the proposed 30-year lease with AGP should have required a vote under federal regulations specifying that contracts that the governing body can enter into generally are limited to one year and in certain instances can be as long as three years.  By denying the petition request to hold a vote OVA was also denying the Oakmont Alliance the opportunity to work with OVA in creating the ballot and providing information both for and against the vote and information that would give some information on how this purchase may affect the association financials and member dues in the future.

The August 2 meeting that the board was required to schedule by submission of the petition was treated differently than the OVA’s own meeting that they scheduled for August 8 with regards to notice, proxies, and reminders to members of the meeting in OVA media.  The August 2 meeting was immediately adjourned by the OVA President as lacking a quorum. Leznik alleges that this is a violation of the Corporations Code [7512(b)] and the OVA Bylaws [Section 3.4]:  A meeting of the members (as opposed to a meeting of the BOD) cannot be adjourned by the board, only by a vote of the members.  There is also a requirement that the meeting be continued to a later date, up to 30 days, to allow members to achieve a quorum.

Defendant:  Hubred stated that the OVA attorney had determined that there was no lawful purpose for the meeting. Hubred even referenced the petition submitted in 2016 in opposition to the plans to build pickleball courts on the former putting green next to the Central Pool, which was dealt with in the same way by the board presided over by President Andie Altman.  However, he did not address the claim that a meeting called via member petition can only be adjourned by a vote of the members, not by the board.

Plaintiff:  Misinformation regarding details of the purchase and lease agreement was printed in a July 15 front page article in the Oakmont News that, when pointed out to and then acknowledged by the OVA Treasurer and then pointed out to a board member, was never corrected.  Leznik alleges that there is evidence that this had the material effect of influencing voters. Sworn witness Lynda Oneto testified that OVA Treasurer Elke Strunka informed her that the amount of AGP’s contribution to capital improvements was incorrectly stated as $3.5 million in the article and that it was only to be $1 million. Oneto said she forwarded the email from Strunka to Board VP Tom Kendrick and asked him to correct the misinformation in the article. It was not corrected. This request was made just before the ballots were to be mailed in early July.

Defendant did not respond to or address this issue.

Finally, Leznik alleges that the July 8 OVA Town Hall (board meeting) was not given the required four-day notice, only three days notice via the usual OVA email to members.  Hubred stated that proper notice is always provided at the bulletin board at the Berger Center and that is the only requirement in terms of proper notice.

The judge advised the parties that he would take the matter under submission, review the evidence and exhibits submitted and provide a decision within the following week to 10 days.